A few strange looks greeted the posse as they assembled in the hotel lobby. The team headed out to celebrate a successful tour and Jho’s birthday, with some interesting wardrobe choices on offer. 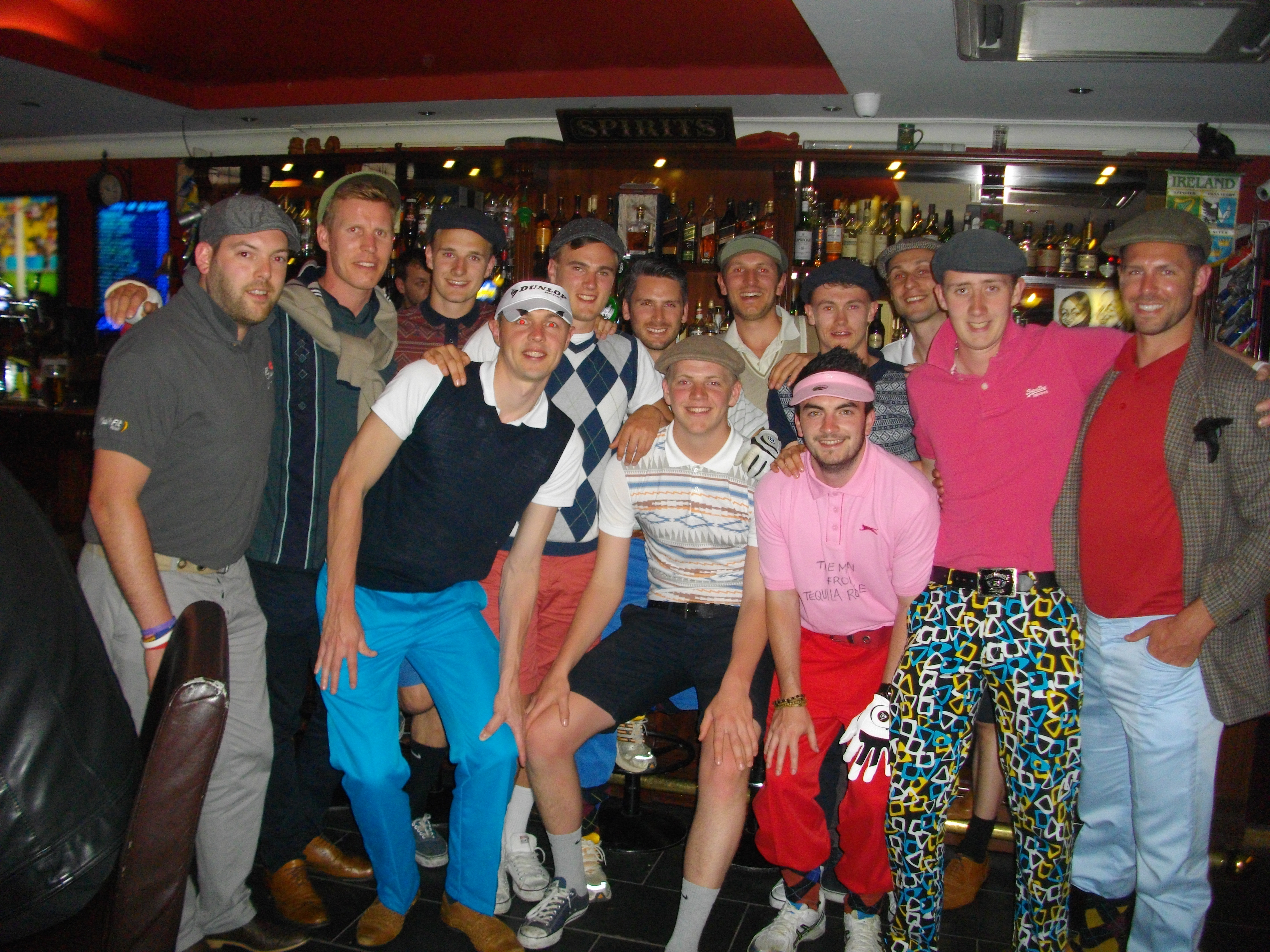 Several holes in, and the Man from Tequila Rose (this drink is most definitely a hole-in-one) was out alongside an interestingly-shaped beer bong. 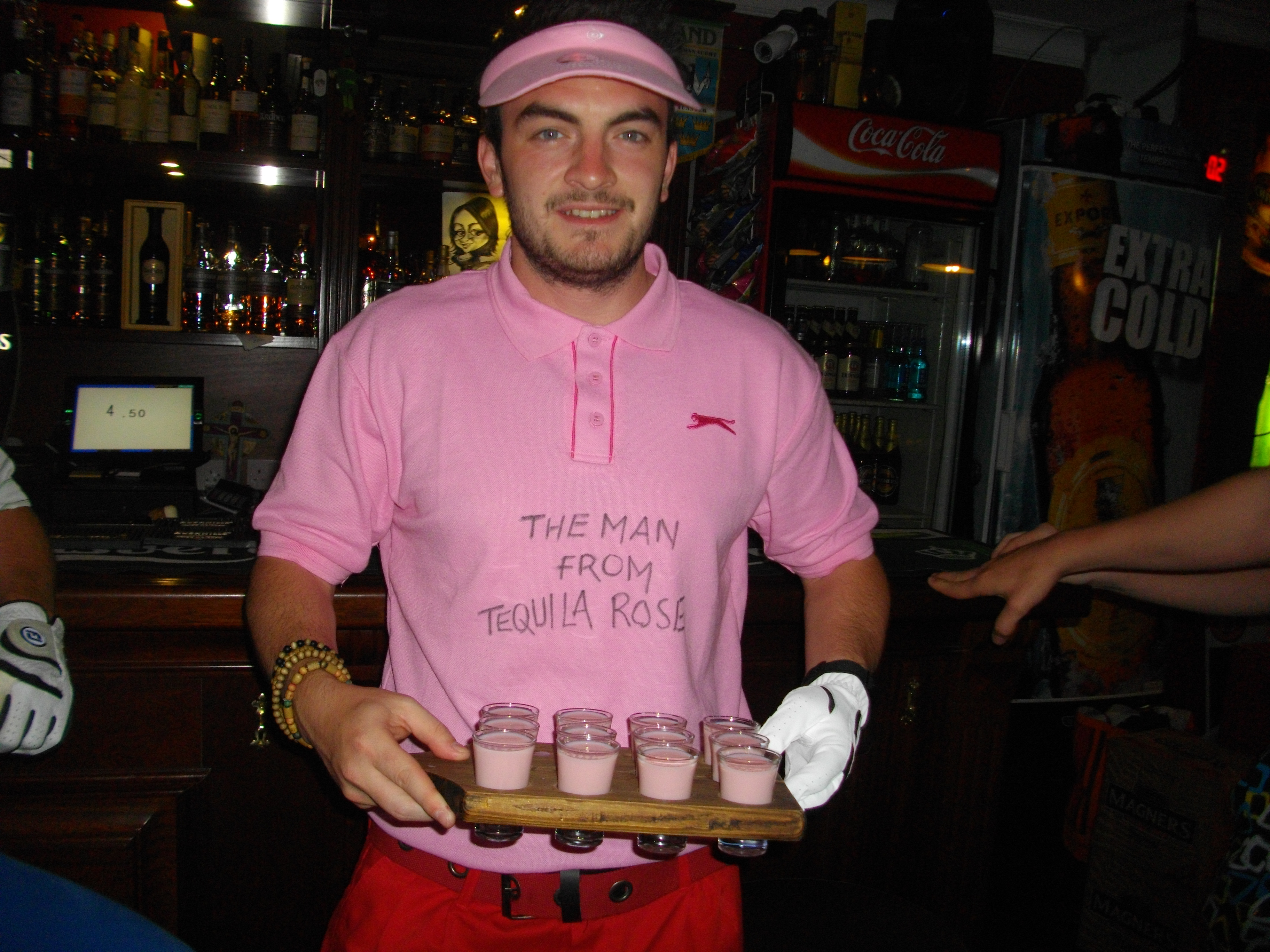 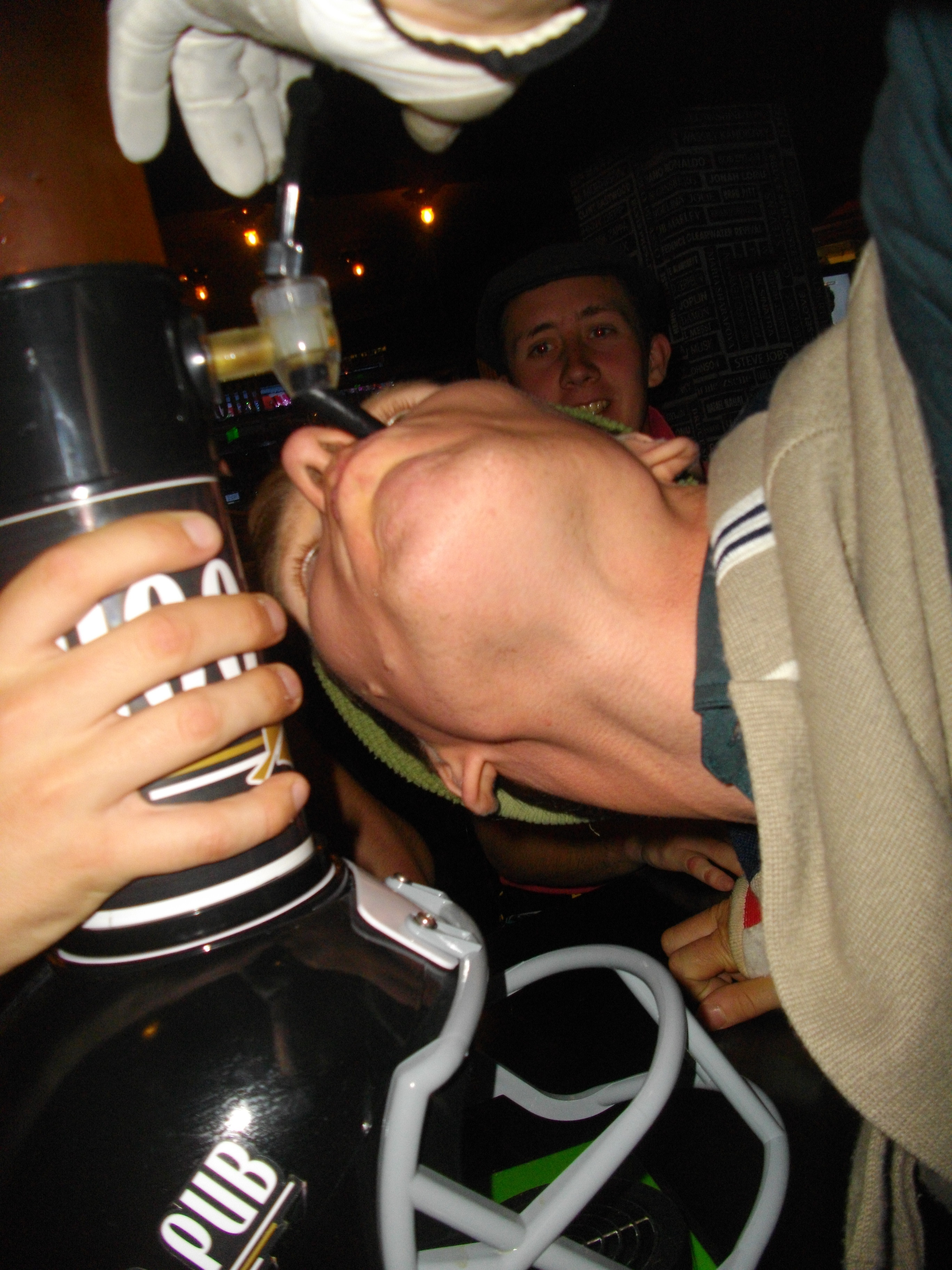 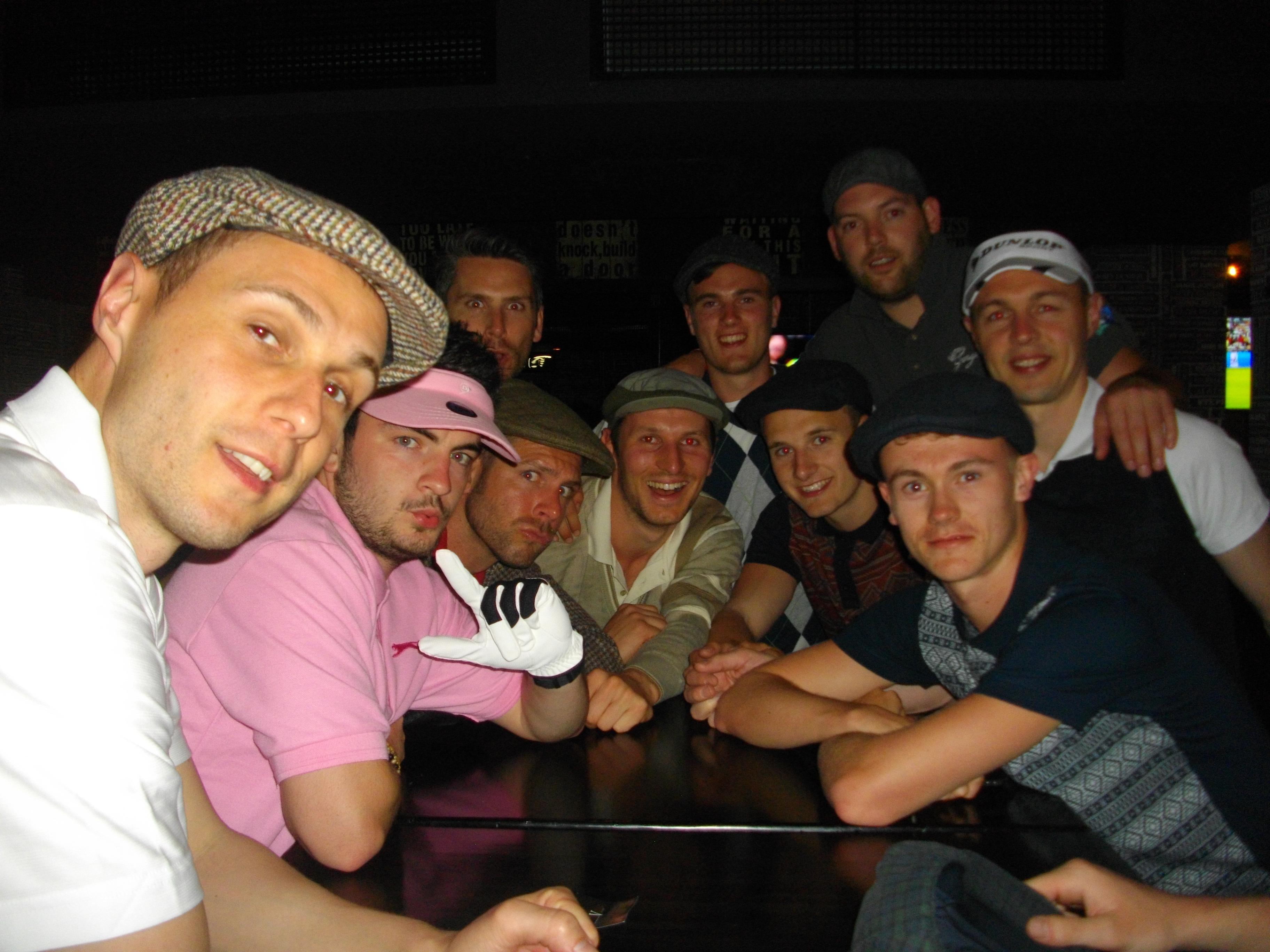 Jho and Chrissy B decided on a bottle of Havana Club rum (definitely less mixer, and a par 3 at most) was the order of the evening about 6 holes in, which signalled the start of looseness. Chris warned ‘youth culture’ that they may not remember much after this point – this turned out to be not far from the truth for many. 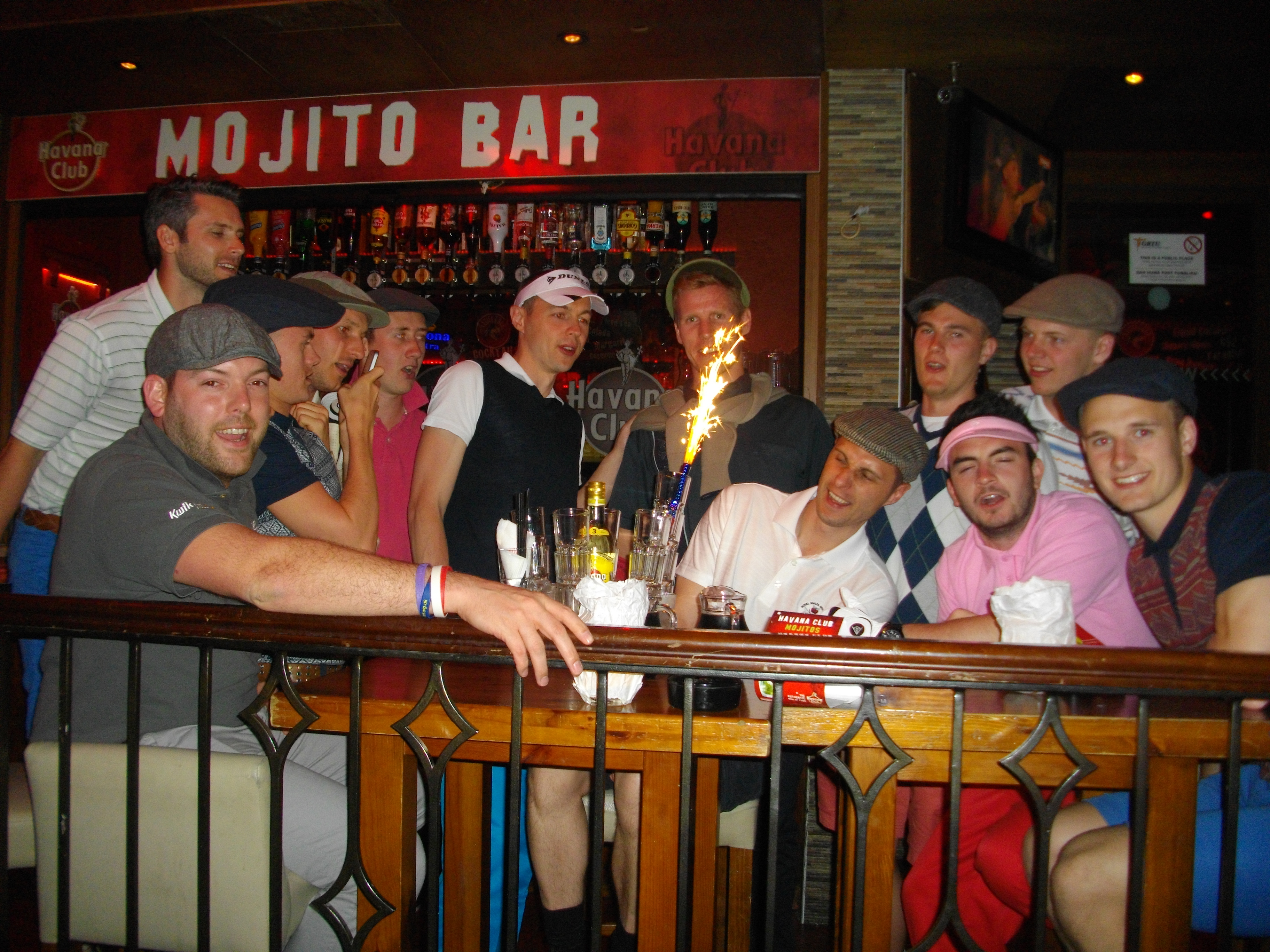 Rolphy engaged in a spot of pole-dancing with a mystery Russian, but as her boyfriend approached to pull her down, we thought this an appropriate time to leave, despite Badrock’s insistence that we were all safe in his presence as RCC security manager (a self-proclaimed ‘tank’). 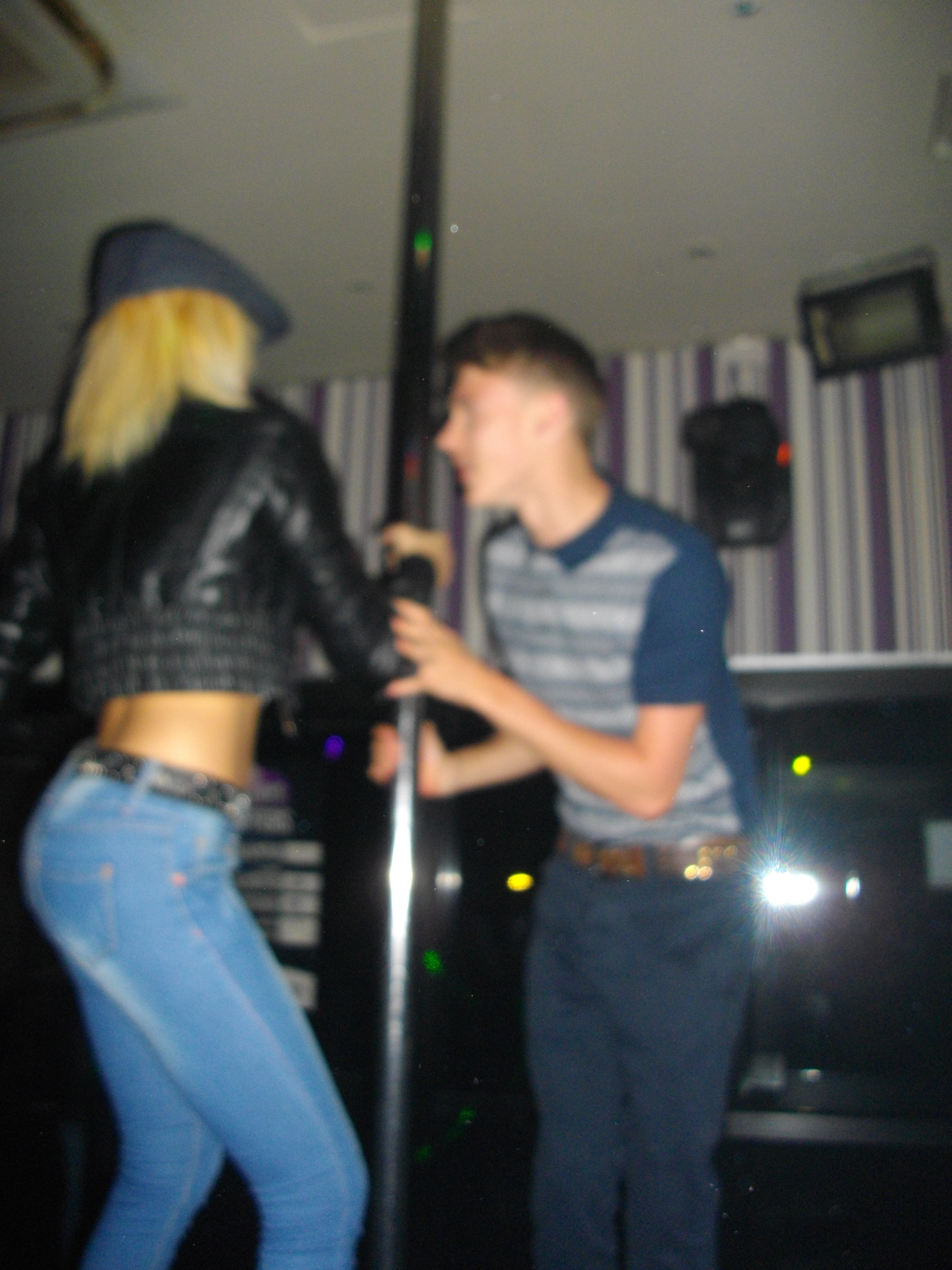 The next bar saw Baby Dave take to the dancefloor to throw some shapes. Tonight was the last chance for a holiday romance for several, with The Rolphinator making advances on a Maltese beauty. Sadly, the makings of  a relaaaaaationship took a turn for the worse, as Rolph-dogs wallet was removed from his person whilst in the throes of ‘Bump n Grind’ by R Kelly, allegedly by said person. A security investigaaaaaaation was immediately launched by messrs Mallinson (good cop) and Flattley (bad cop) as the young group were lined up by the DJ booth and asked to empty their pockets. 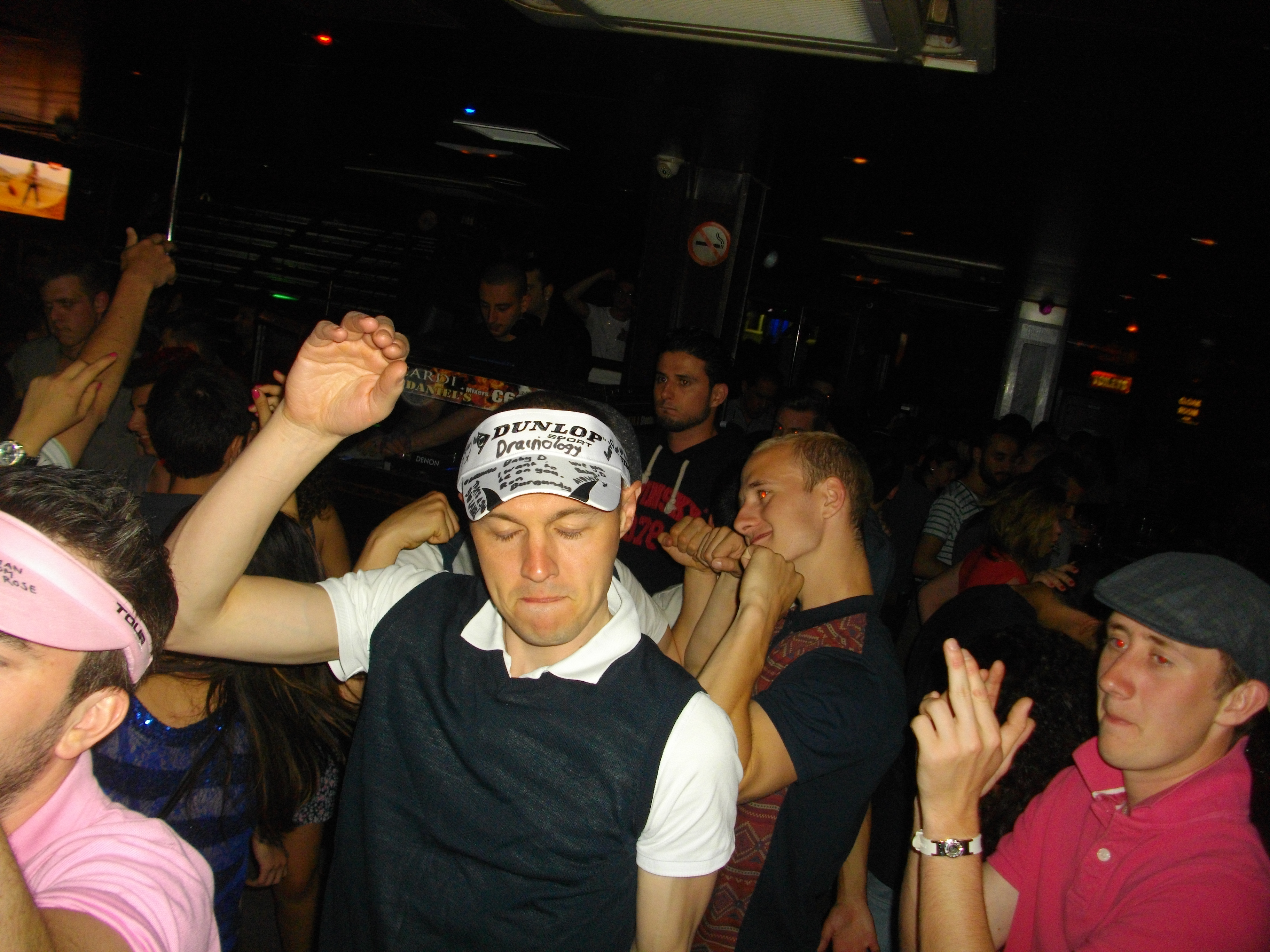 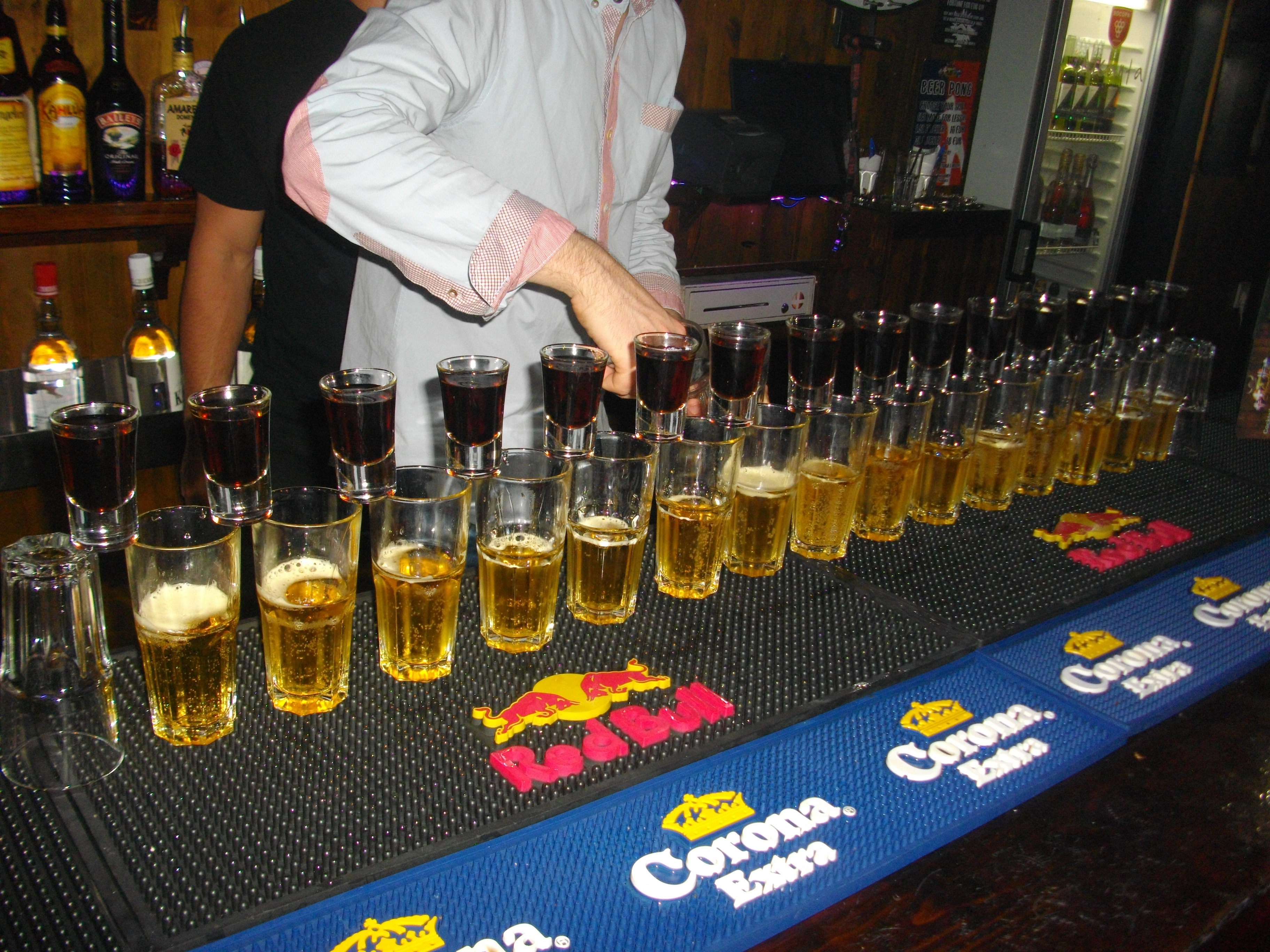 A 4am phonecall to Mr Andy Rolph was delivered from the Paceville strip, with Rolphy declaring that he needed ‘urgent assistance’ to help cancel his cards. I truly hope that you’ve kept that voicemail Andy. 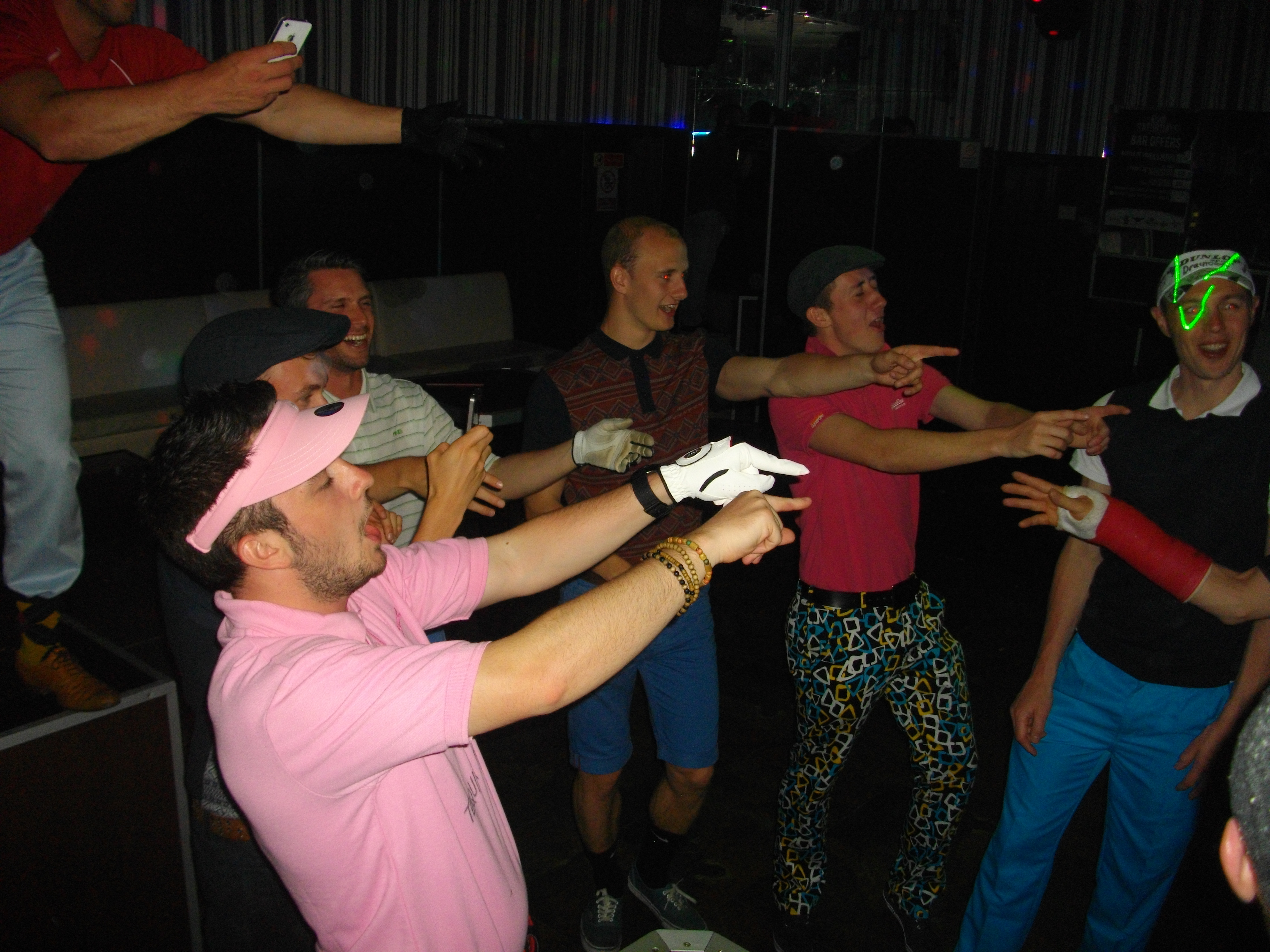 Several bars later (there were a few birdies and eagles sent in the process) and we ended up in the aptly-named ‘Footloose’. Buckets, jagerbomb trains and shooters were being ordered left, right and centre as Billy and Sammy Ast reprised their roles as podium dancers. Badrock acquired some more terrible gear as he accepted a snapback cap from someone with worse dress sense than himself. 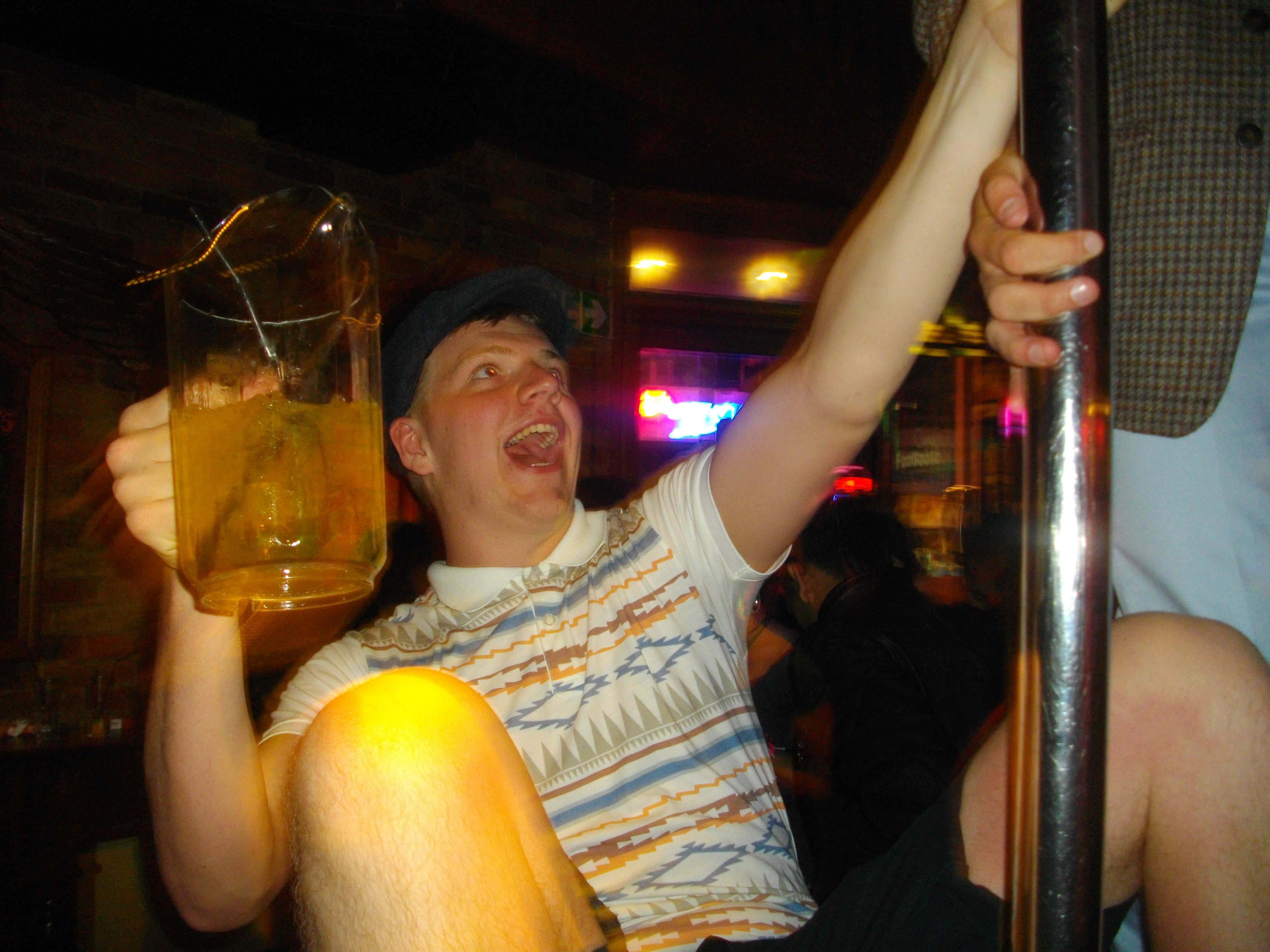 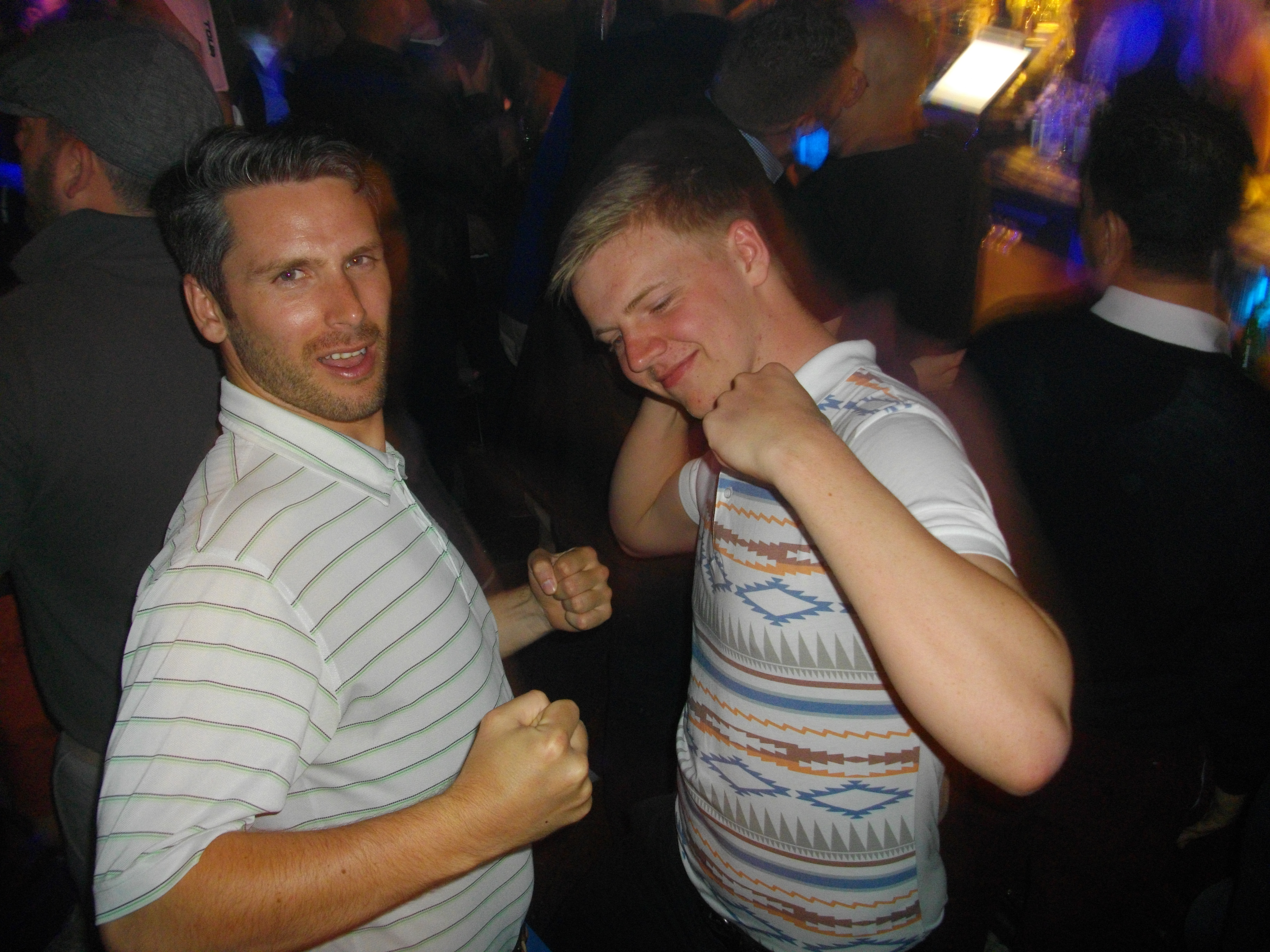 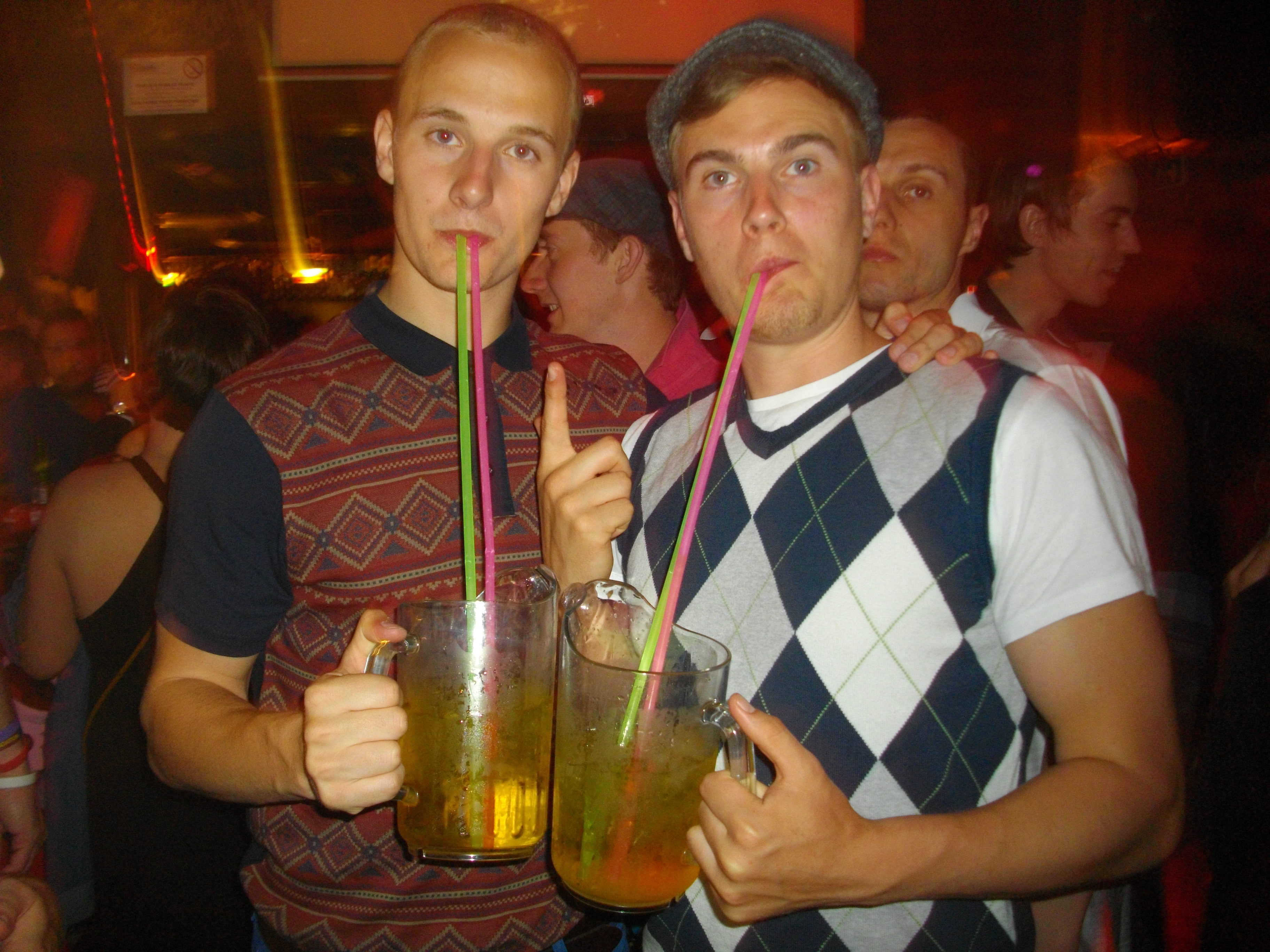 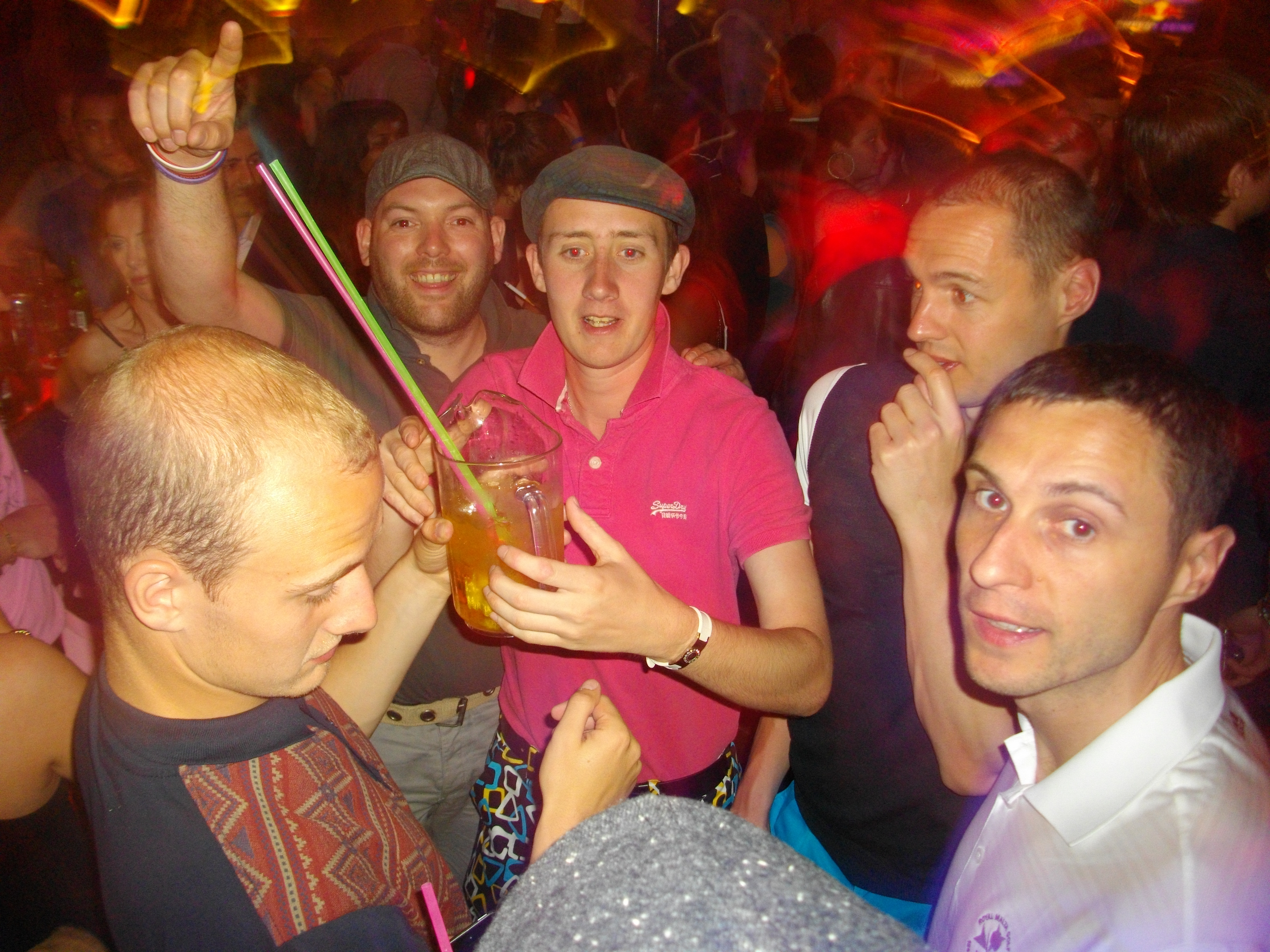 The night drew to a messy close around 5am as the club kicked out. Not entirely sure how we all got home, but we knew that we had to be up at 8.45am for a taxi to the airport.

Post ‘Walletgate’ Rolphy’s state of mine took a turn for the worse, and he started to consume alcohol at a vast rate (quicker than Ethel’s running between the wickets but not as quick as Ethel on a mid-game bathroom break). There could have been a sad Amy Winehouse / Whitney Houston-esque end to the trip as he was found naked in the hotel bathtub, taps running, following a head-down-the-toilet moment. He was discovered by Jho, who was not in any fit state to perform a water rescue, but he pulled him from the ever-rising water nonetheless. Pictorial evidence is available on request.

Jho and Bobby missed their alarm call so skipper Holt was forced to knock the door down as the taxi stood waiting outside. Breakfast was not an option at this stage.

Baby Dave-isms of the day;

As the taxi pulled out, Baby D had a mini panic attack as he exclaimed, ‘Stop the cab, I’ve lost my passport. Ohhhhh noooo’.

When responding to Badrock’s question of whether he was sat near him on the way home, he retorted, ‘I’m not sure, but I’m on the same plane.’

As far as overseas tours go, I’d say that this was up with the best of them. Too many funny things happened that will stay with the boys for many years to come. Decent cricket performances too!

Thanks for reading x