The previous night saw us head out for a few scoops where we met up with the boys from Aldenham CC. A brief anti-social youth culture stop for Wi-Fi (and a check on Rolphy’s latest Tinder matches) was a prerequisite for the night. 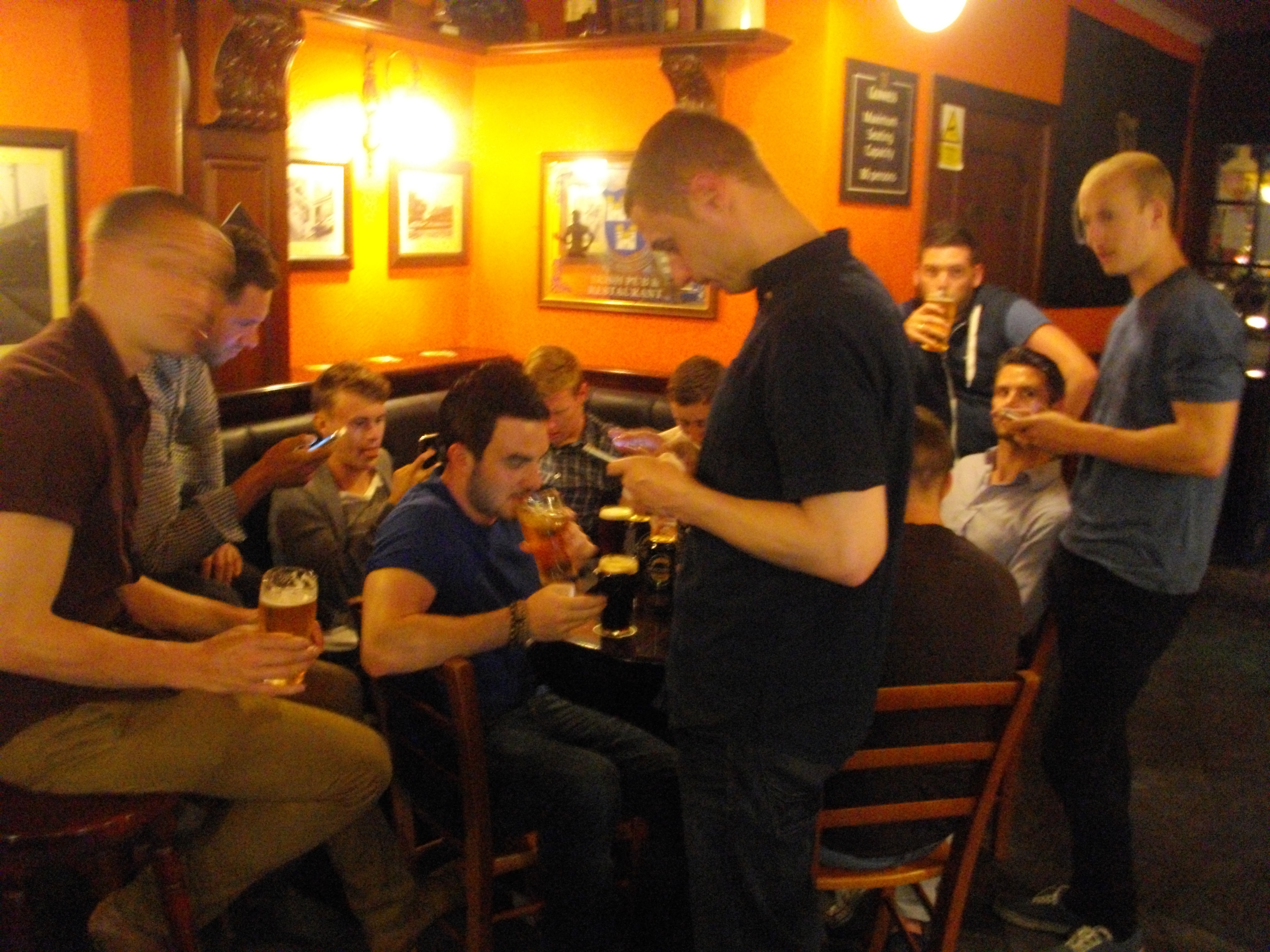 A game of killer pool was embarrassingly won by Jho, who only has one working arm. Shame on the rest of us. Badrock got schooled at table football by The Rolphinator 18-2. Simply woeful. 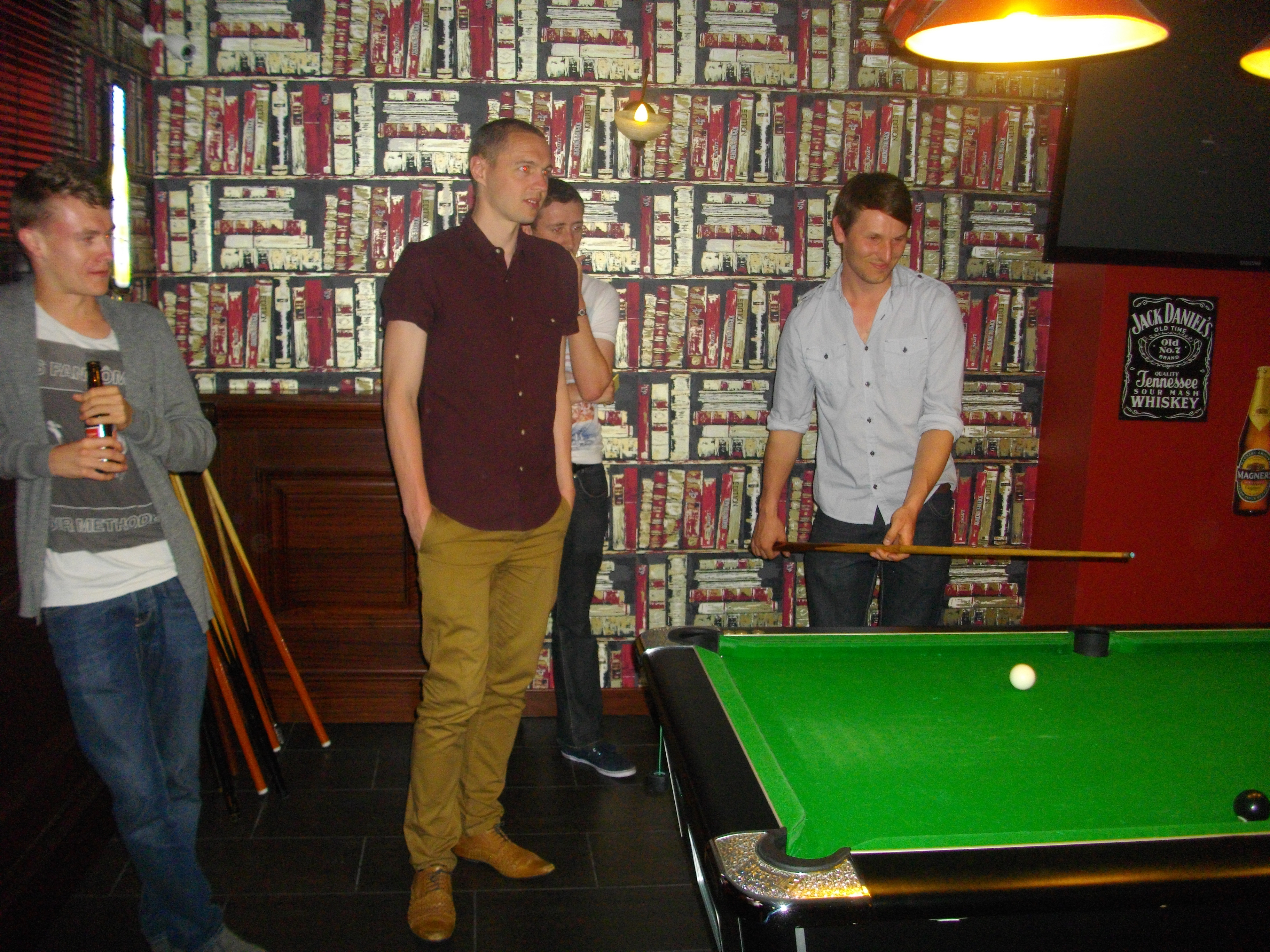 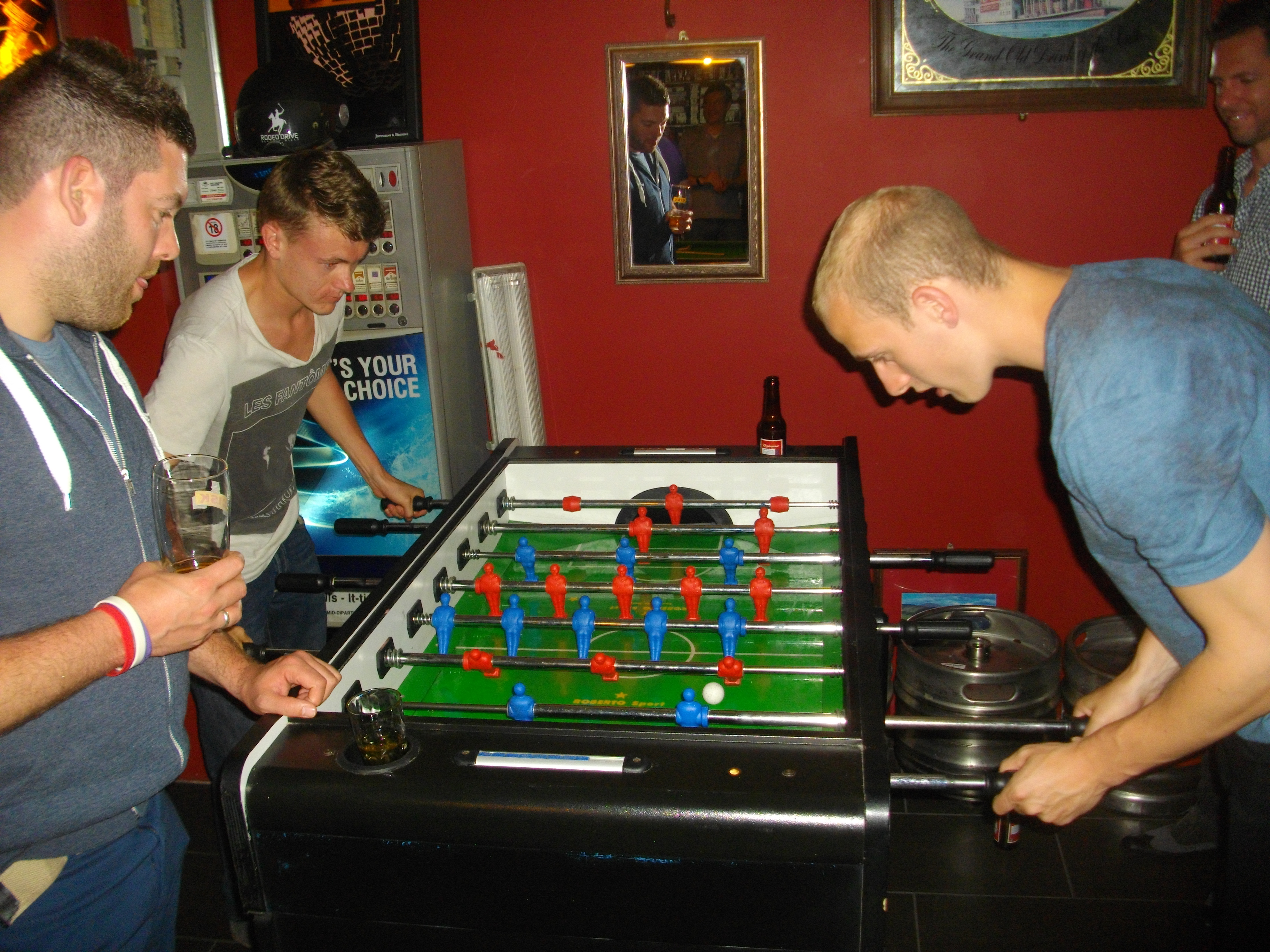 We headed for a casual shisha where Rolphy proceeded to portray Heisenberg (fans of the TV programme Breaking Bad will appreciate this). 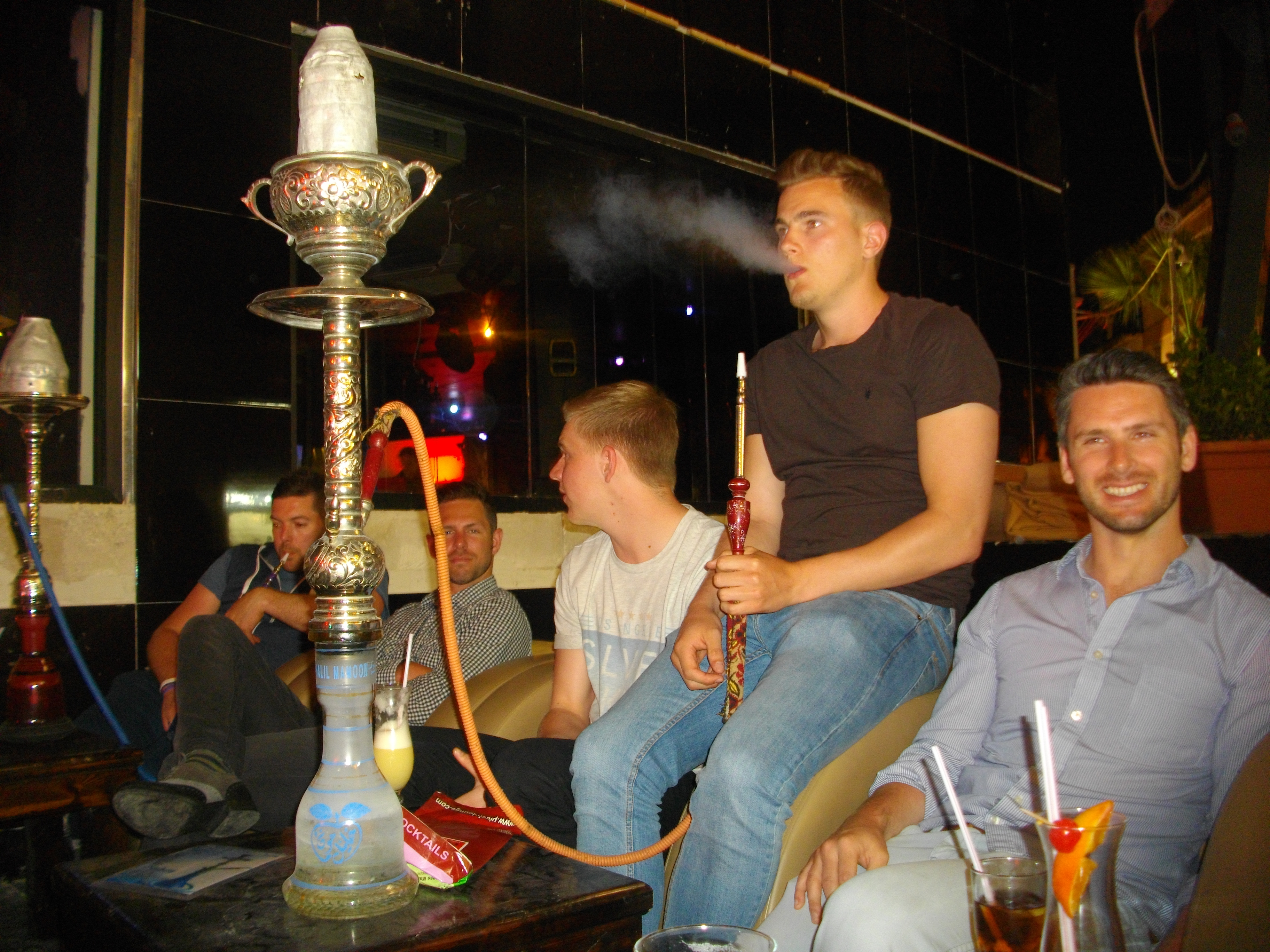 Rolphy, dropped for the final game, decided to head out to the casino with Nemanja and Badrock to drown his sorrows. To be fair, he won 180 euros! Drinks are on him for our last night (although he doesn’t know this yet).

The following morning saw a Jho birthday breakfast where he received some of the best presents known to man. Highlights included a tin of canned chicken from Badrock to encourage muscle ‘gains’, a pouch of Whiskas cat food along with a Hello Kitty colouring book and a plastic mak’. 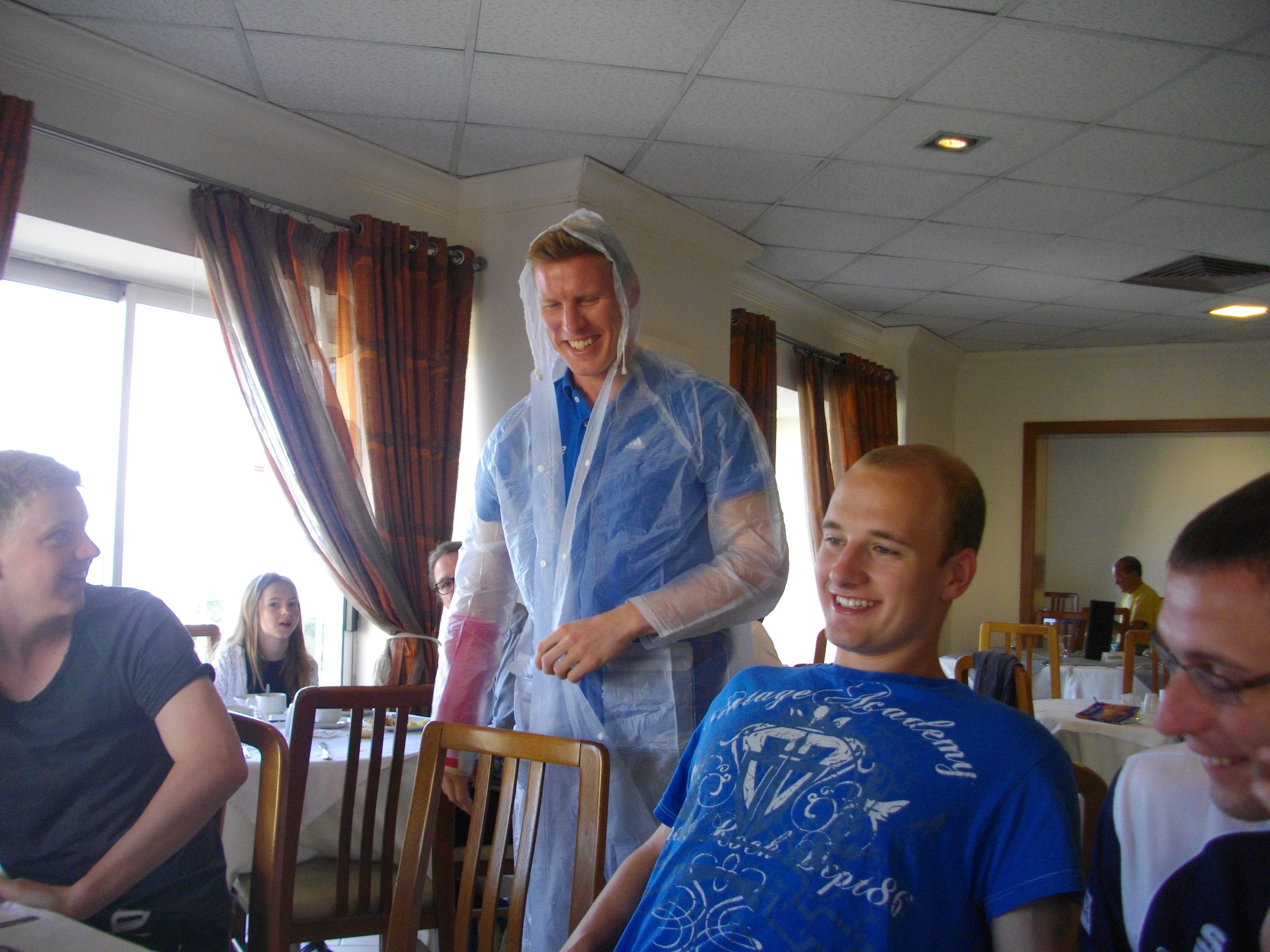 Our last game was a T20 match against Marsa CC in the afternoon. A morning training session had been arranged where we warmed up with a little 6-a-side. Badrock’s claims of footballing superiority were unfounded as he face-planted into the turf moments in. 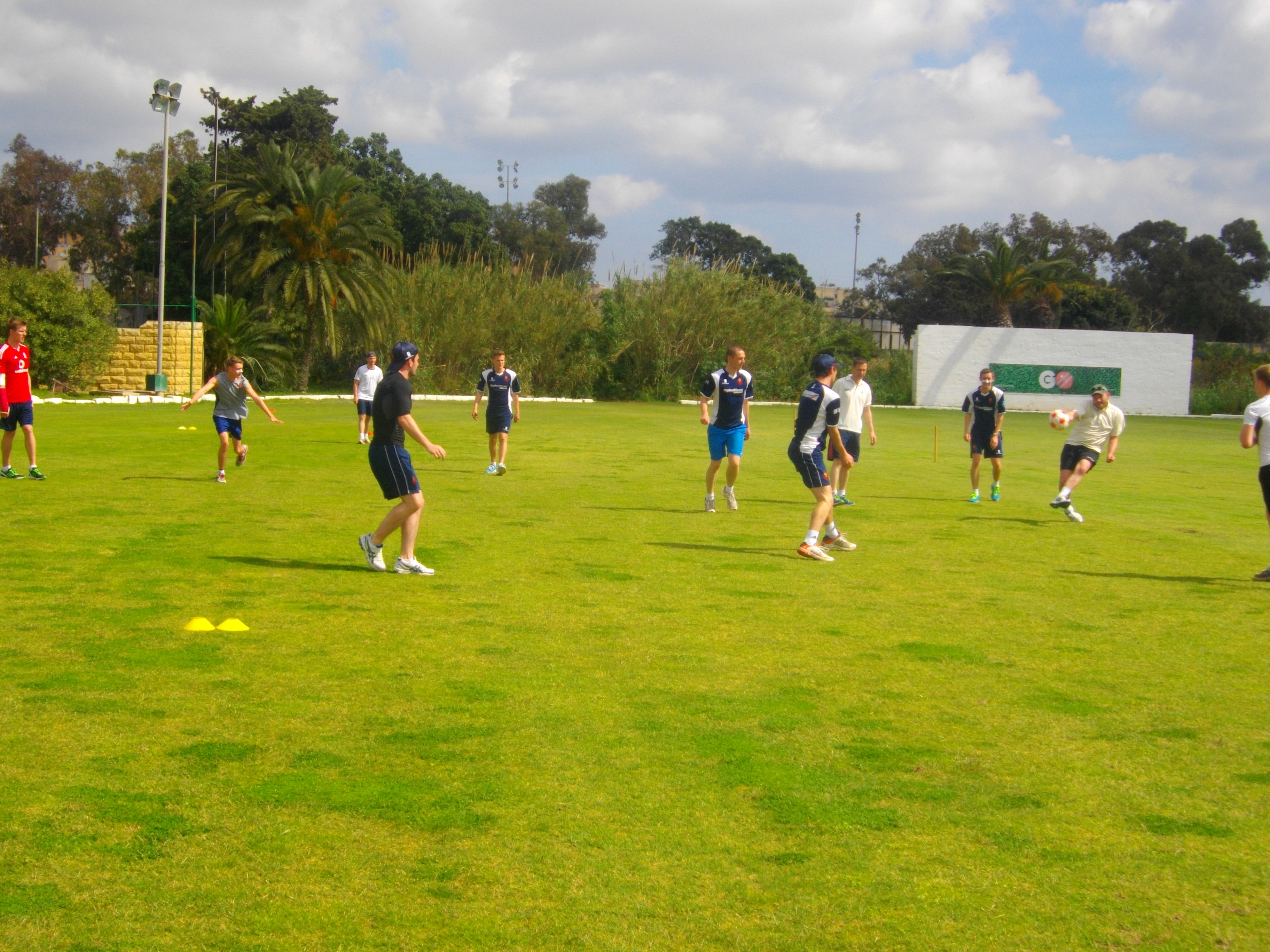 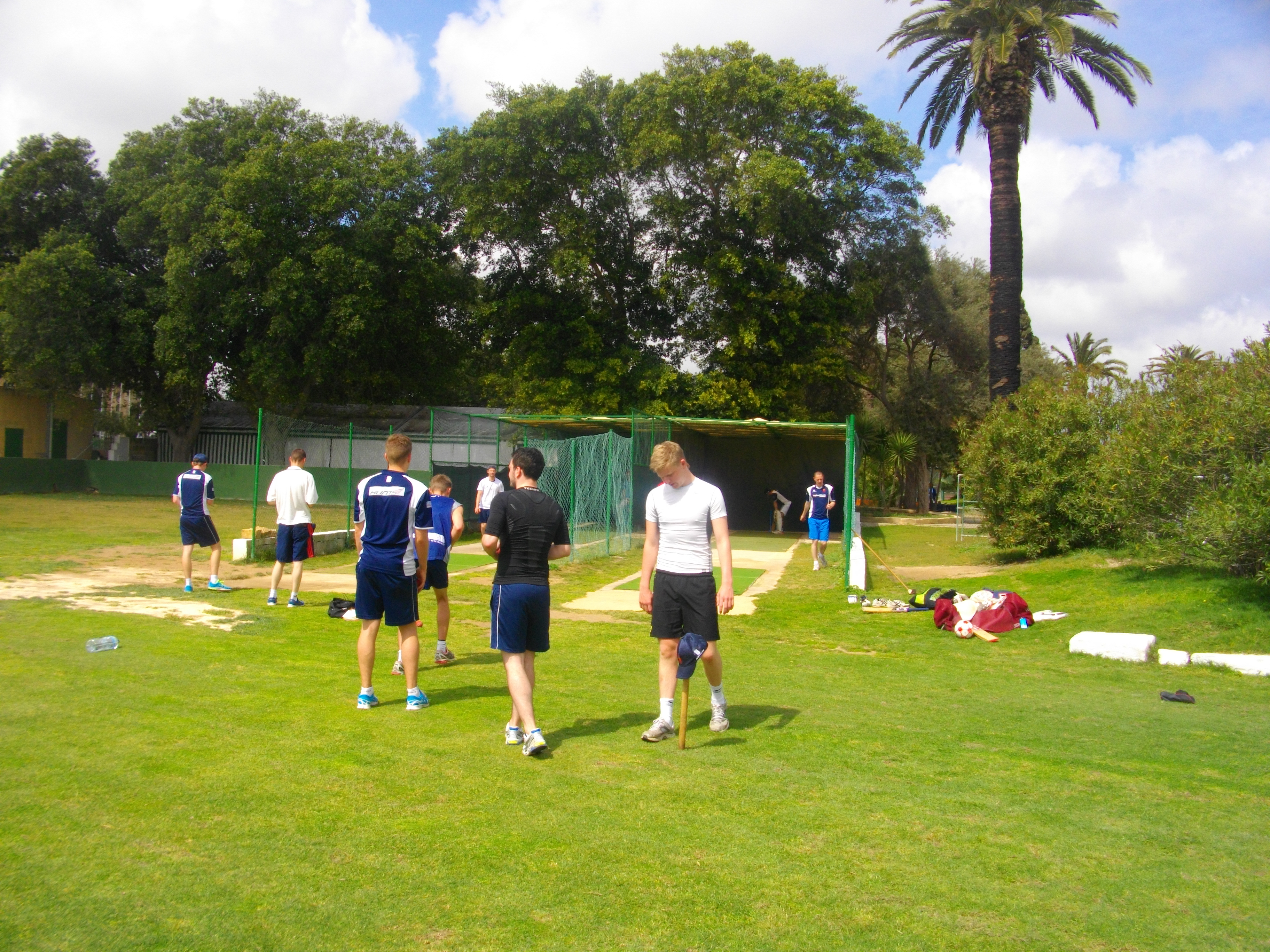 Skipper Holt left it until the last minute before he reinstated The Rolphinator an hour before stumps, much to his delight. This left the young opener smiling like a Cheshire cat as he went off to the changing rooms to practice his cover drive in front of the mirror.

Bobby Booker made his tour debut (a persistent groin injury could not be shaken off but he didn’t care) and padded up in some choice gear. 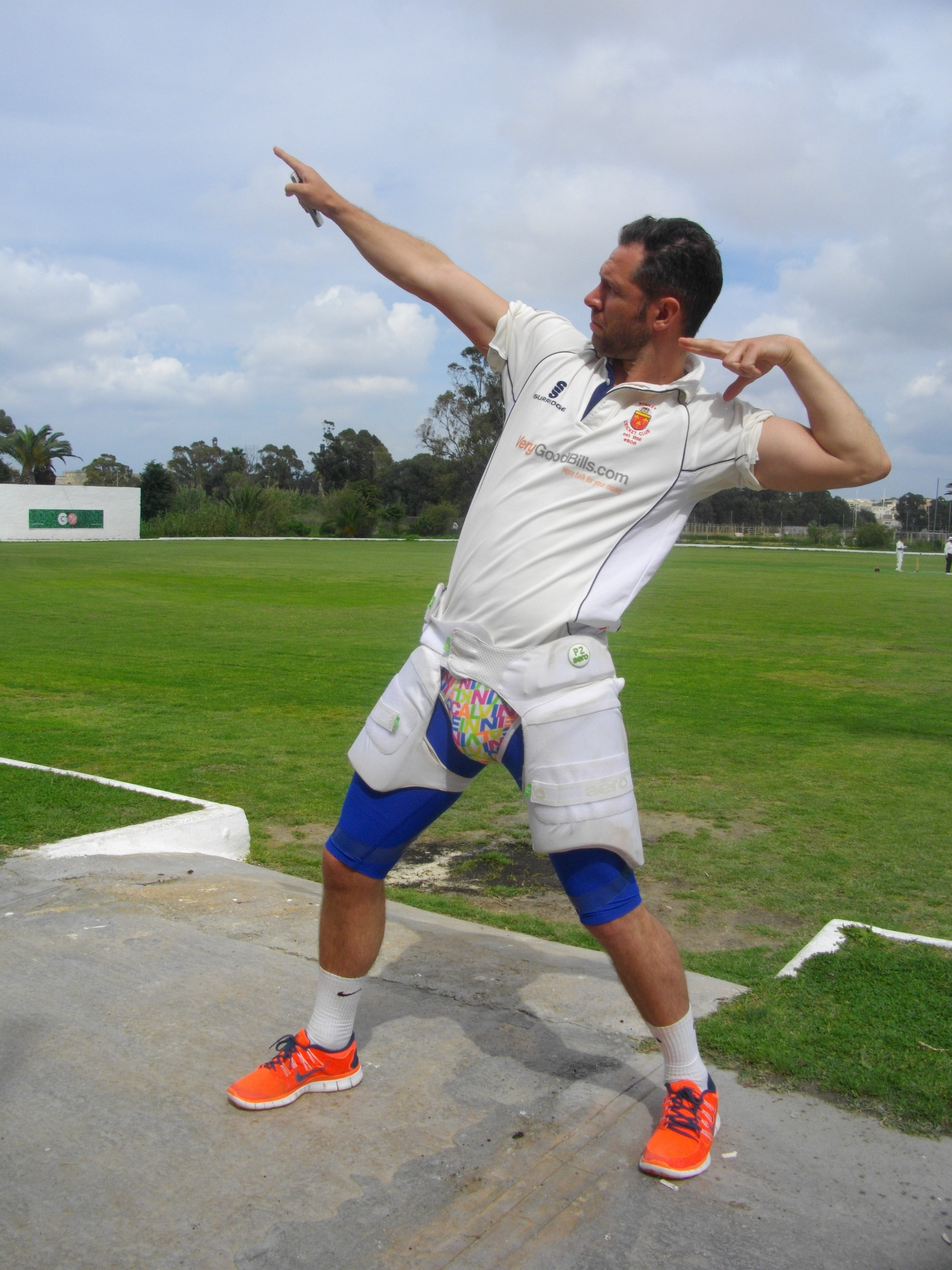 RCC batted first and made 130-7 off their 20 overs. Contributions came from Rolphy and the ‘B Boys’ (Ballcock, Biggy, Bobby and Badrock amongst others) with a legendary opening cameo from Baby D.

Some tight bowling from all, and superb catches from Sammy, Rolphy and Baby D saw us win by a dozen or so runs, taking us to 4 wins out of 5. 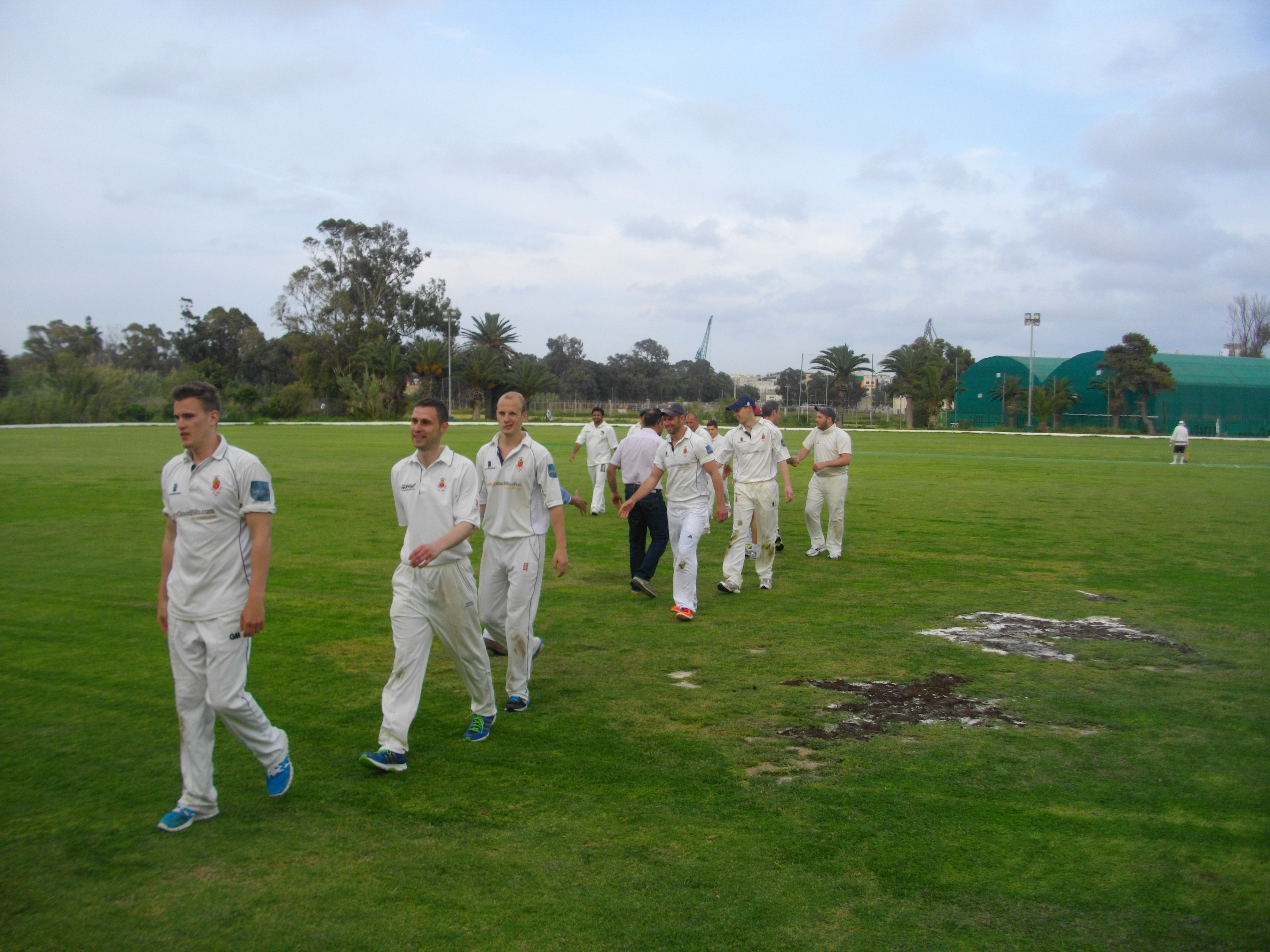 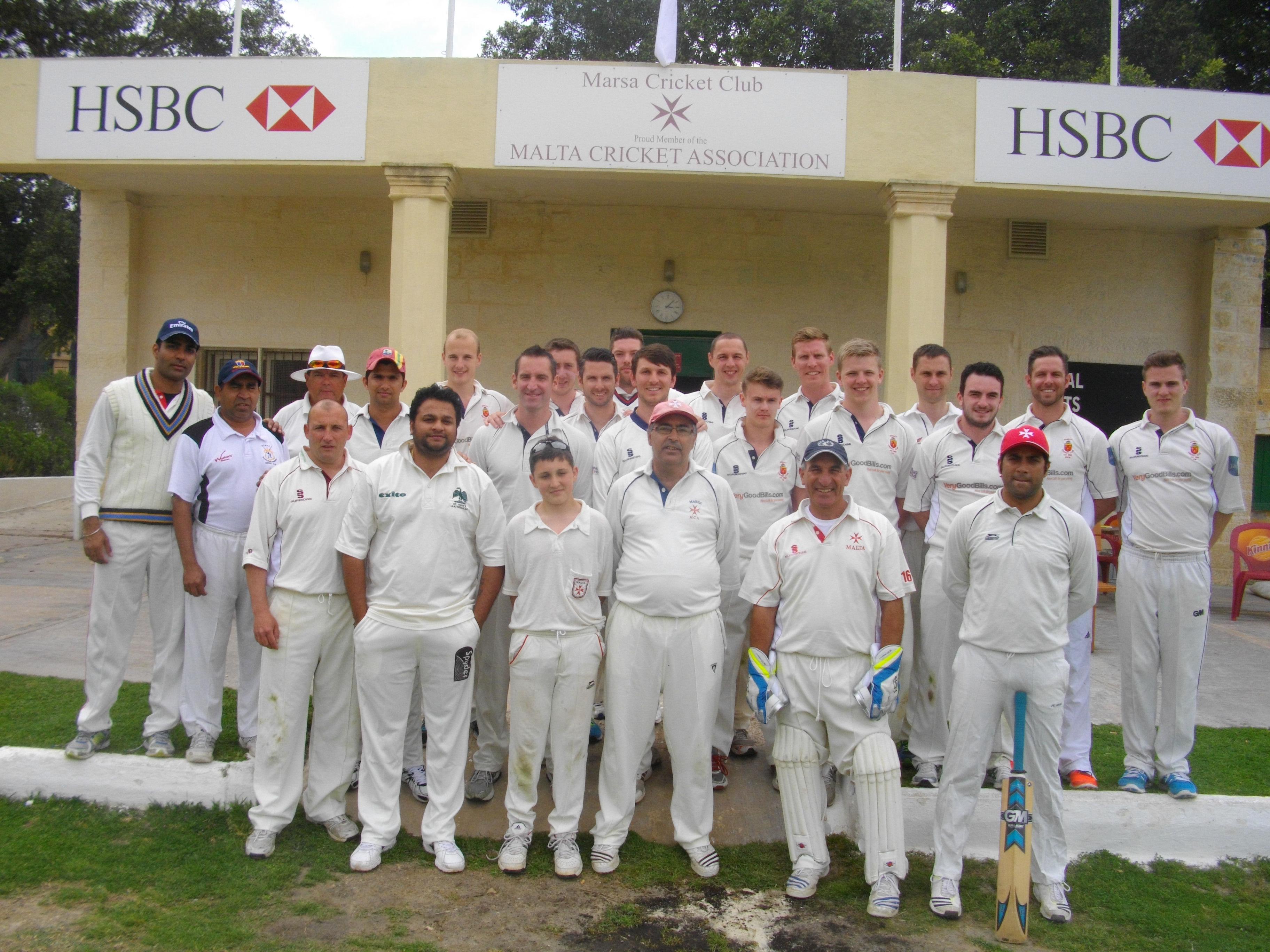 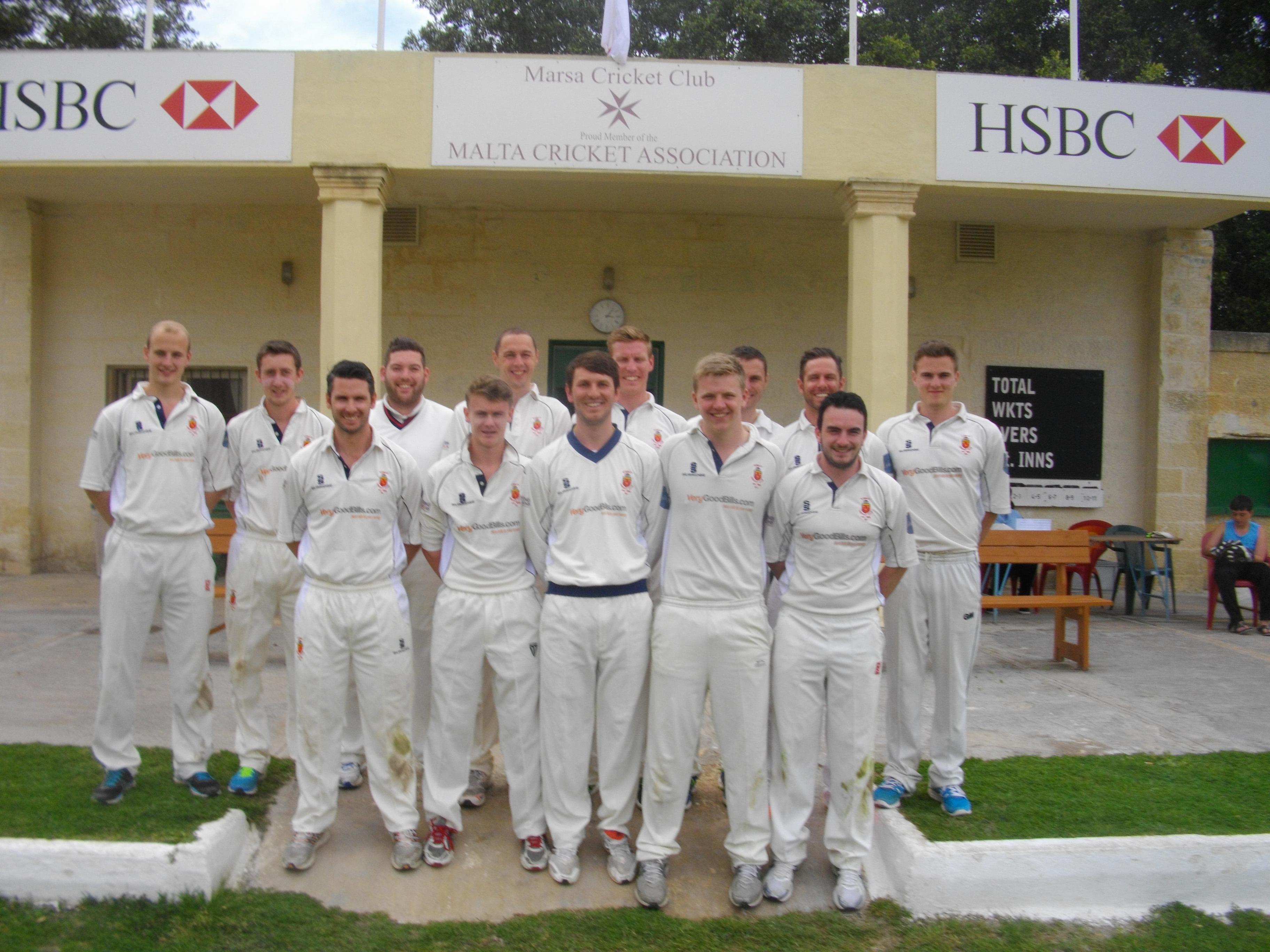 A prize-giving ceremony followed, with MOM awards picked up by Tricky, Ballcock, Ethel and Billy and reciprocated accordingly by the Romiley boys.  We also received a memento from them which will take pride of place in the pavilion upon our return. We then presented Marsa with a signed RCC shirt and both umpires received RCC jumpers. 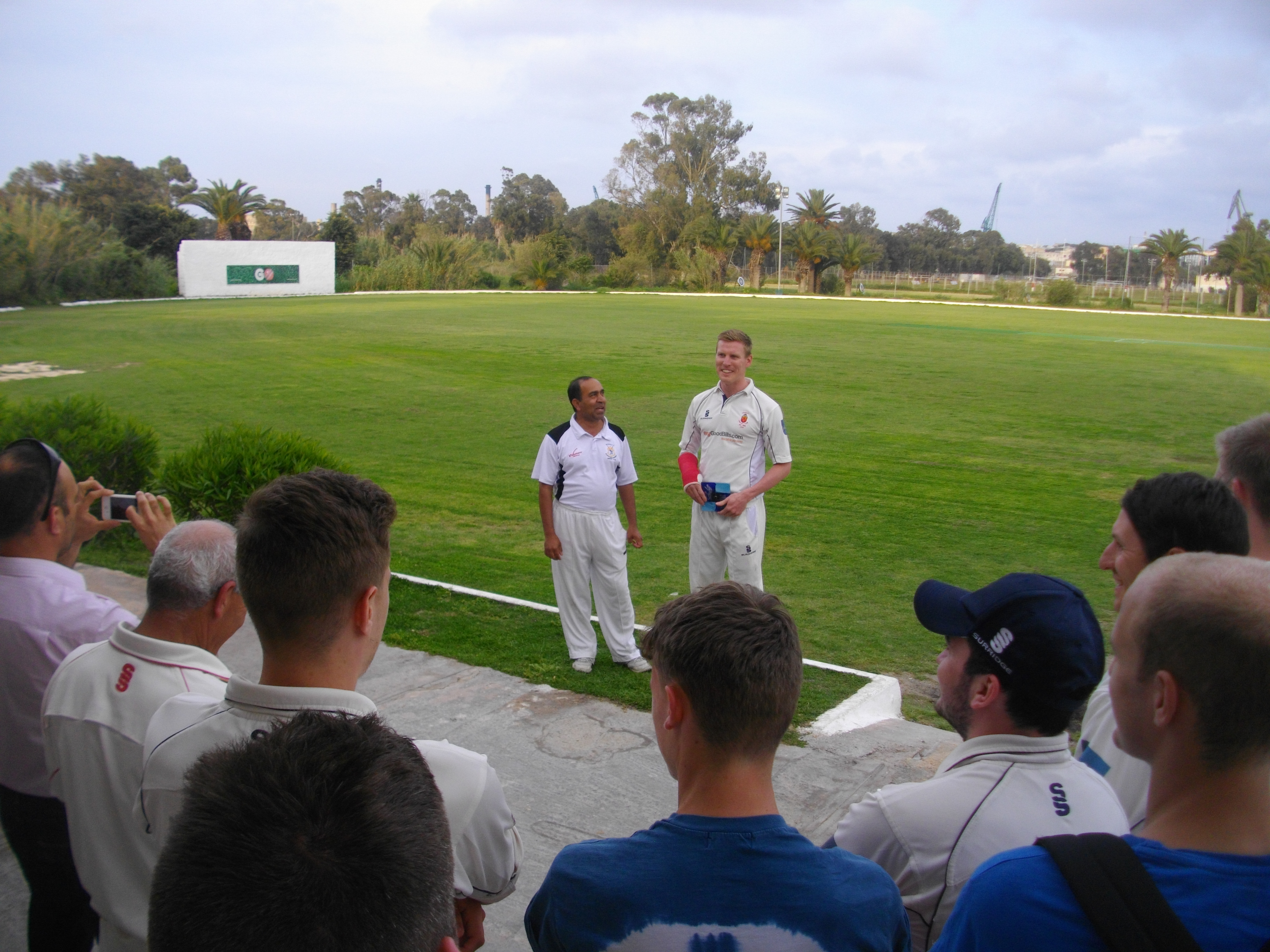 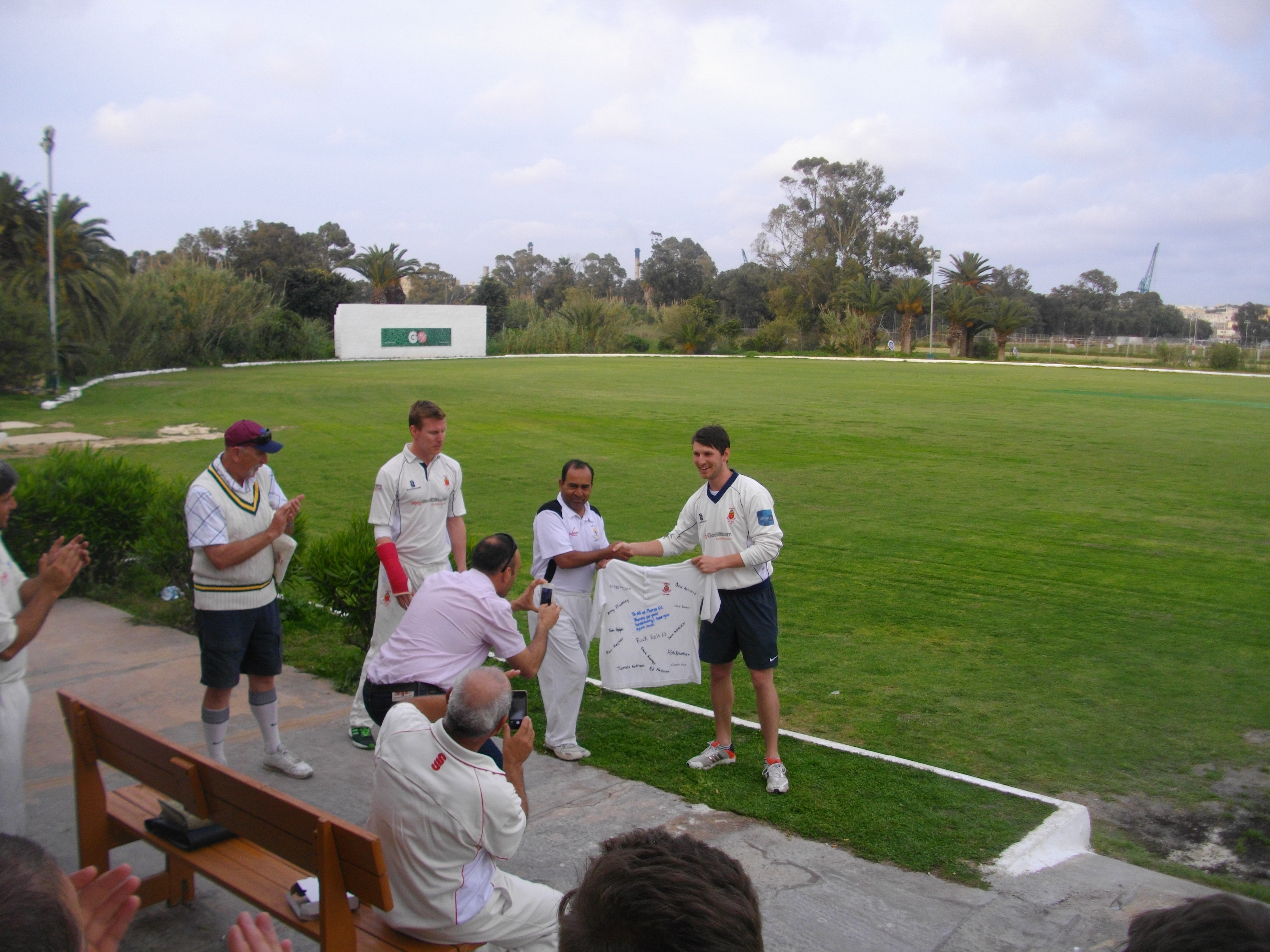 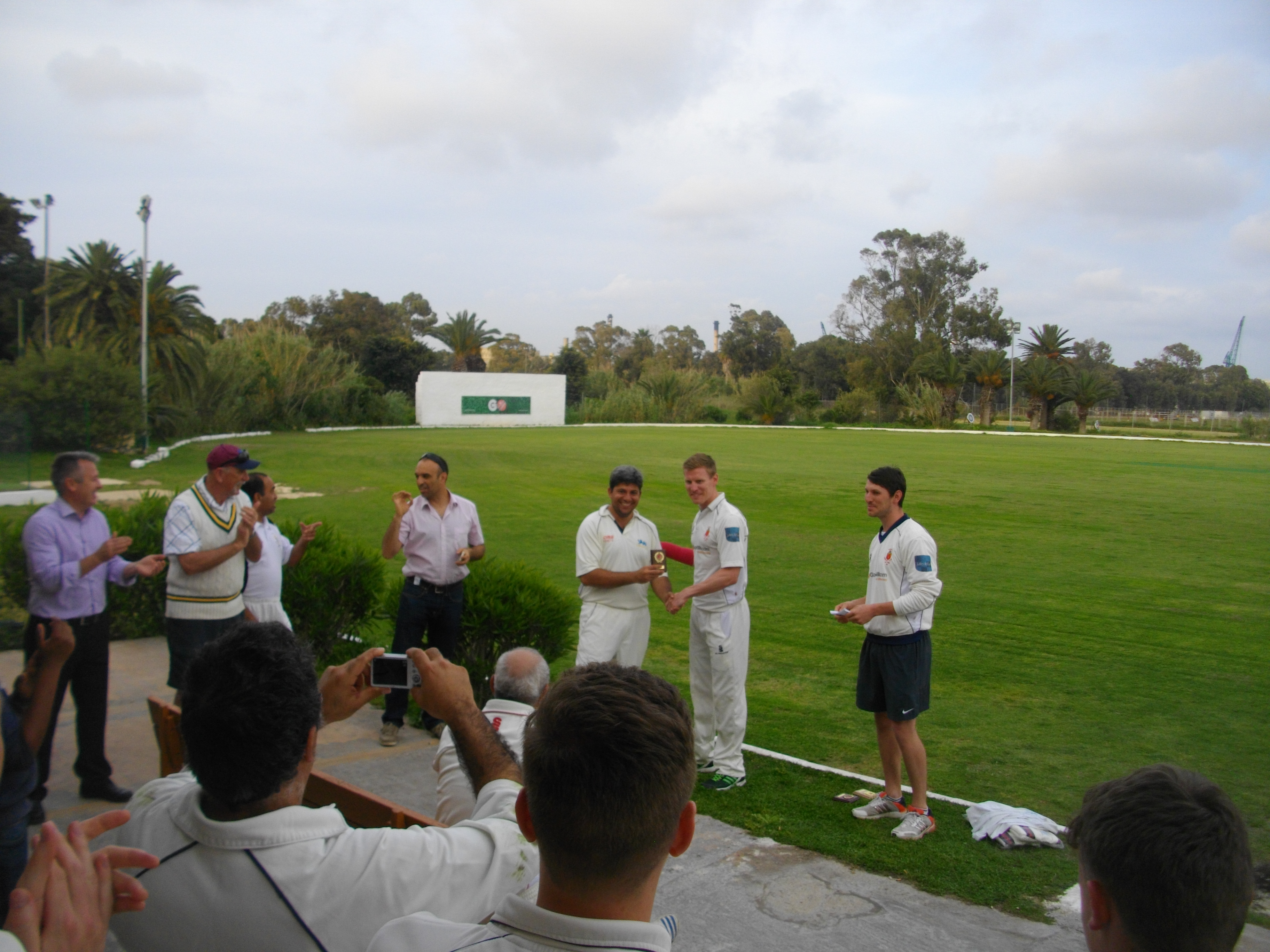 Our own tour awards were dished out on the grass after this to much amusement, with a variety of prizes received including a tin of dog food and an orchid. Ask Billy for the video footage. 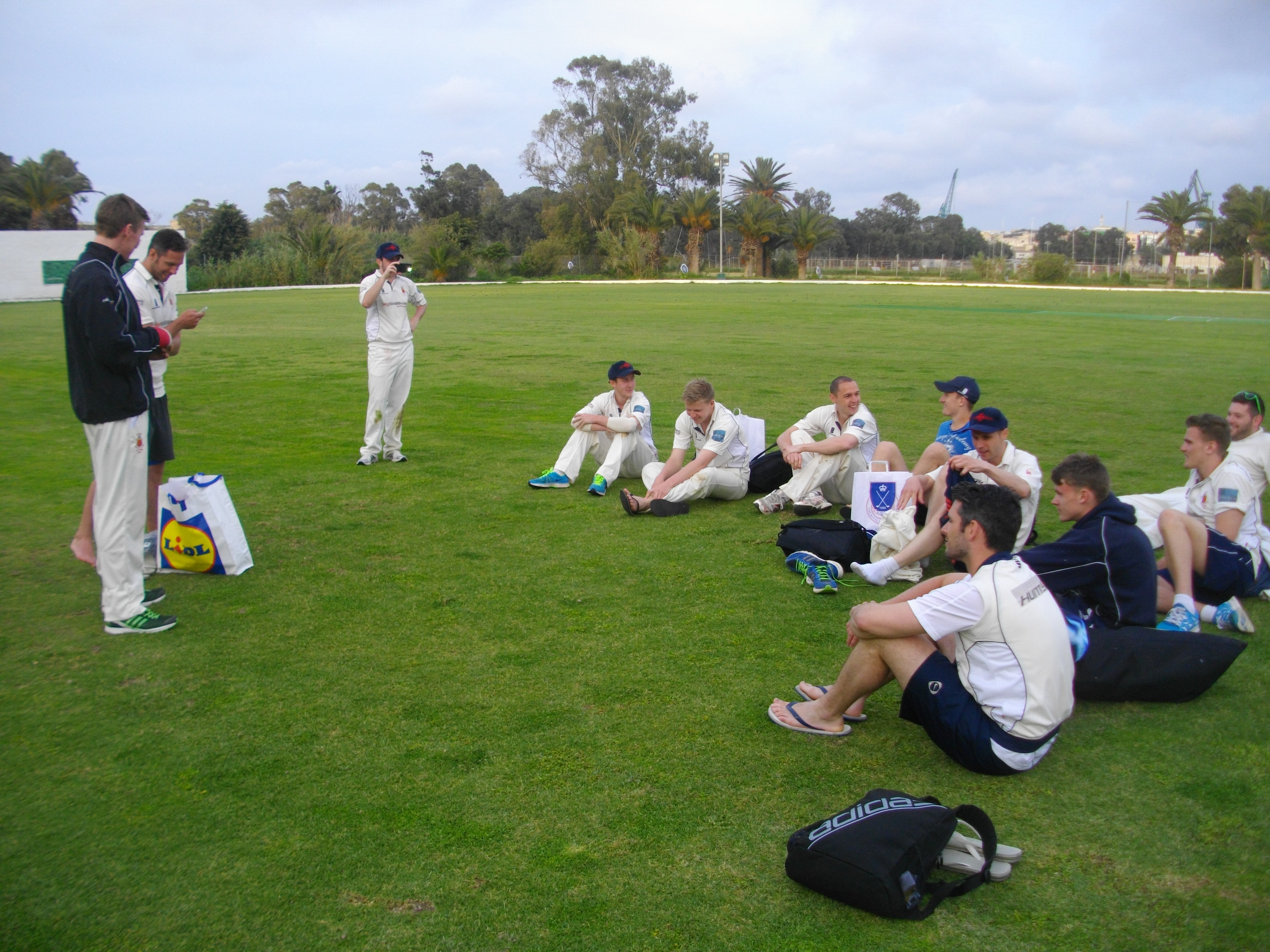 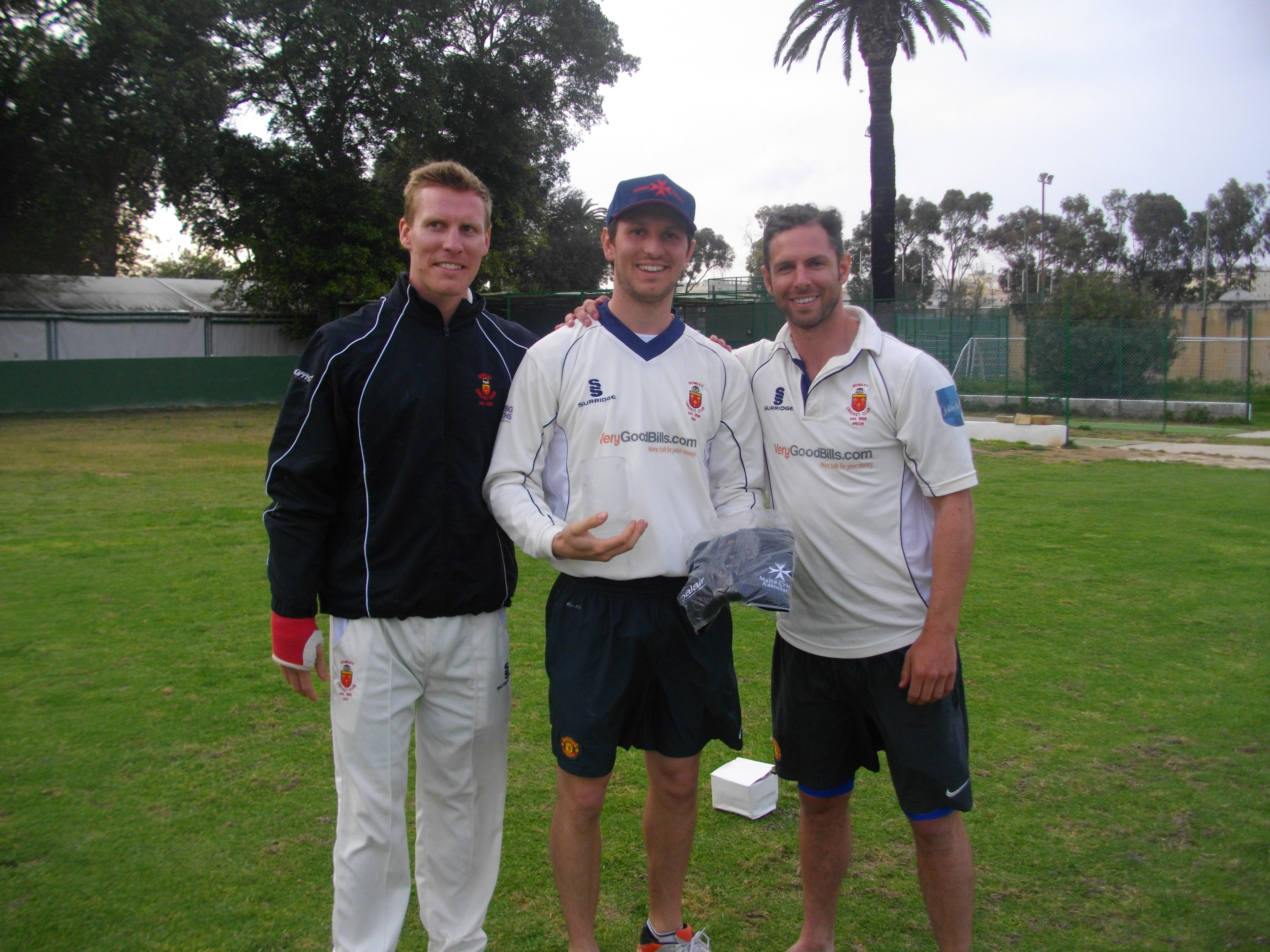 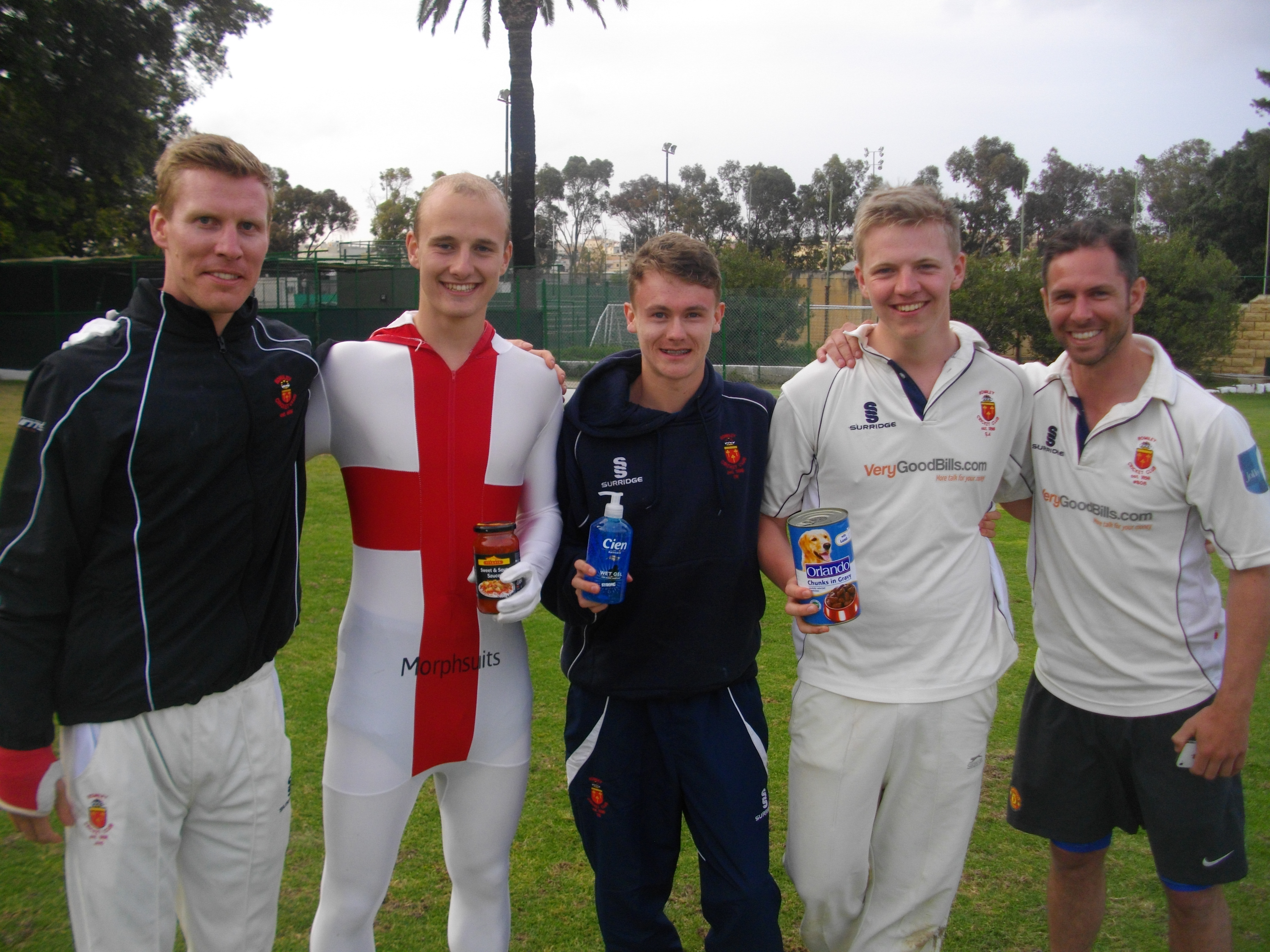 An act of kindness to help a stranger followed. They could have been pushing this all day to be honest… 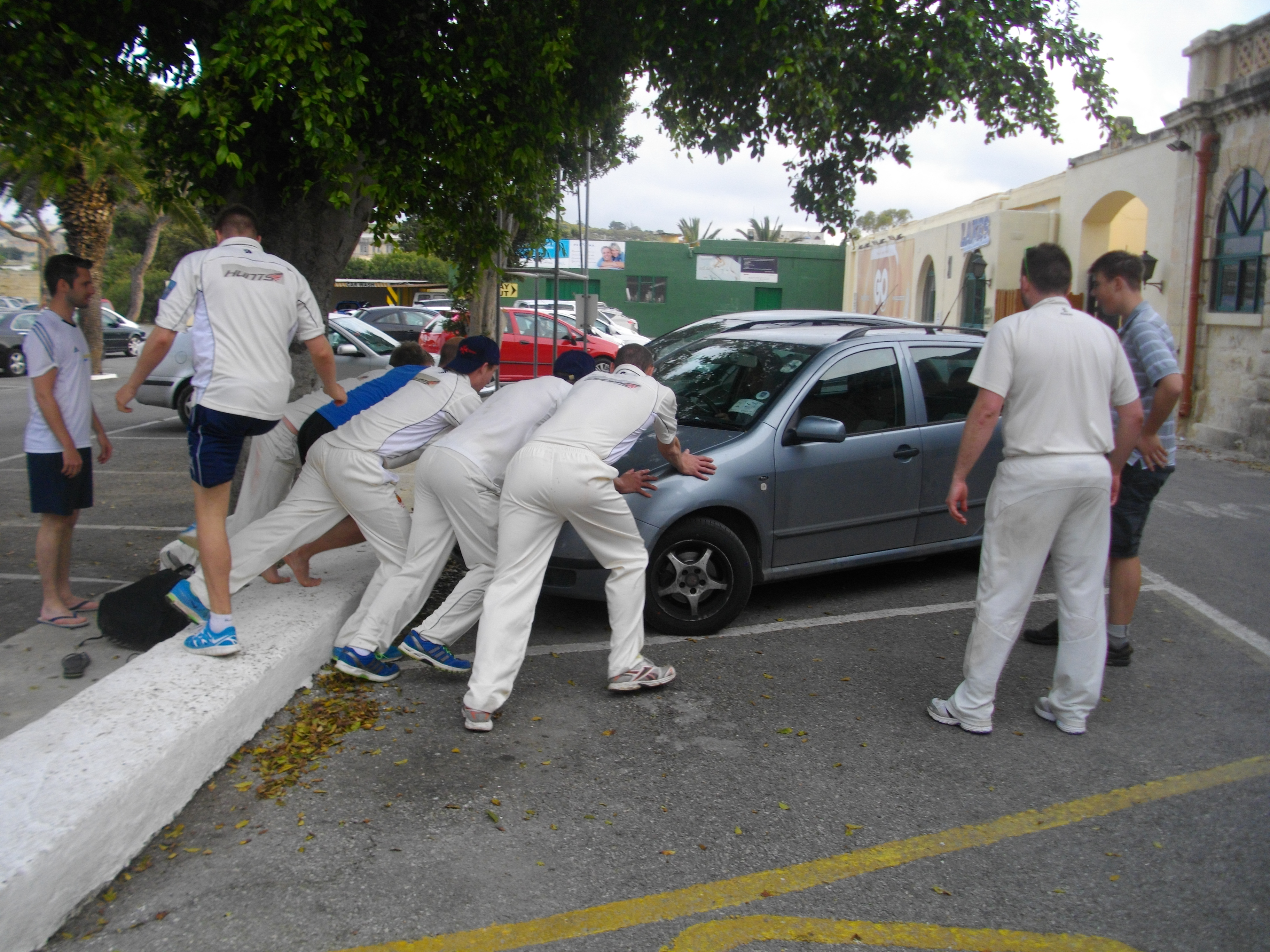 Cisks in the bar were enjoyed before we headed back to the hotel for The Last Supper. Final day fines are being dished out as I type, to finalise the kitty for the golf-attire themed night out for Jho’s birthday. This could get loose.

Baby Dave-ism of the day;

As we missed this yesterday, we have 2 for you.

2) When wondering what Jonny was going to do with the pouch of Whiskas he had received as one of his many presents, he suggested that he could ‘use it to feed the ‘*****’ that he might meet tonight.

Heading out for a large one. Ciao x