We headed out to our regular local watering hole, Cork’s, which was packed on Saturday night with locals and tourists alike.  DJ Joseph was kept busy as Bobby let loose with ‘Brown Eyed Girl’, shortly followed by us all murdering Don’t Look Back In Anger’. We then headed down to the strip and made acquaintance with some old friends and our new Belgian supporters club. The team ended up in a tightly-packed establishment, which later transpired to be a gay club. Rumours that Badrock was asked to return the next evening for a trial as a podium dancer were later proved to be false. VC Flattley and The Milkybar Kid were spotted throwing some rare shapes to ‘Macarena’ on top of the bar. 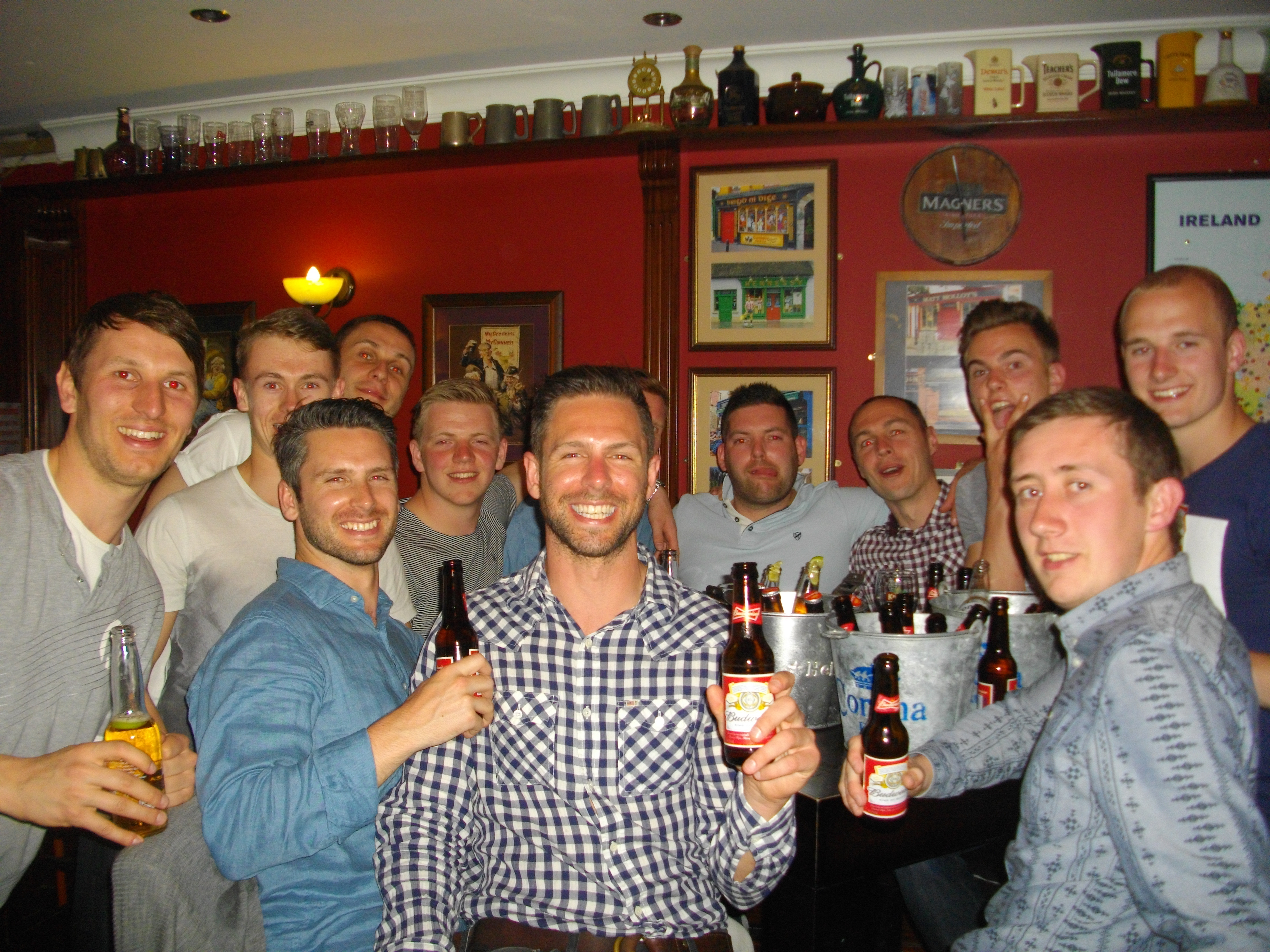 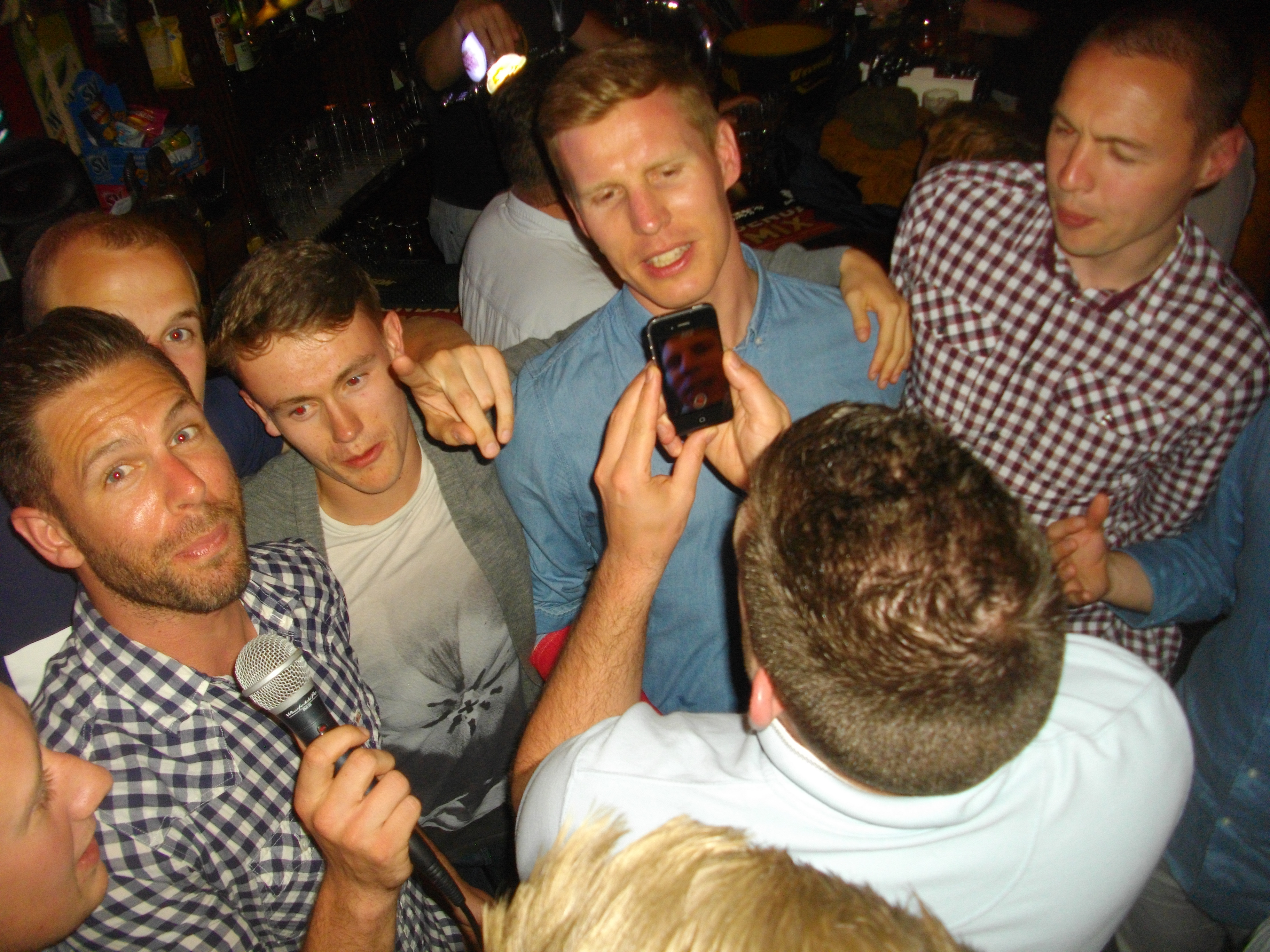 To our dismay, we awoke to heavy rain, and the prospect of a wash-out was worryingly high as we made our taxi journey to the Sports Club. Standing water and a sodden (astro) pitch was not the ideal sight upon arrival, but a combination of excellent drainage and an industrial-sized hoover (take note Viper!) meant that our fears of abandonment were allayed, and we were to start our 35-over match with only a minor delay. 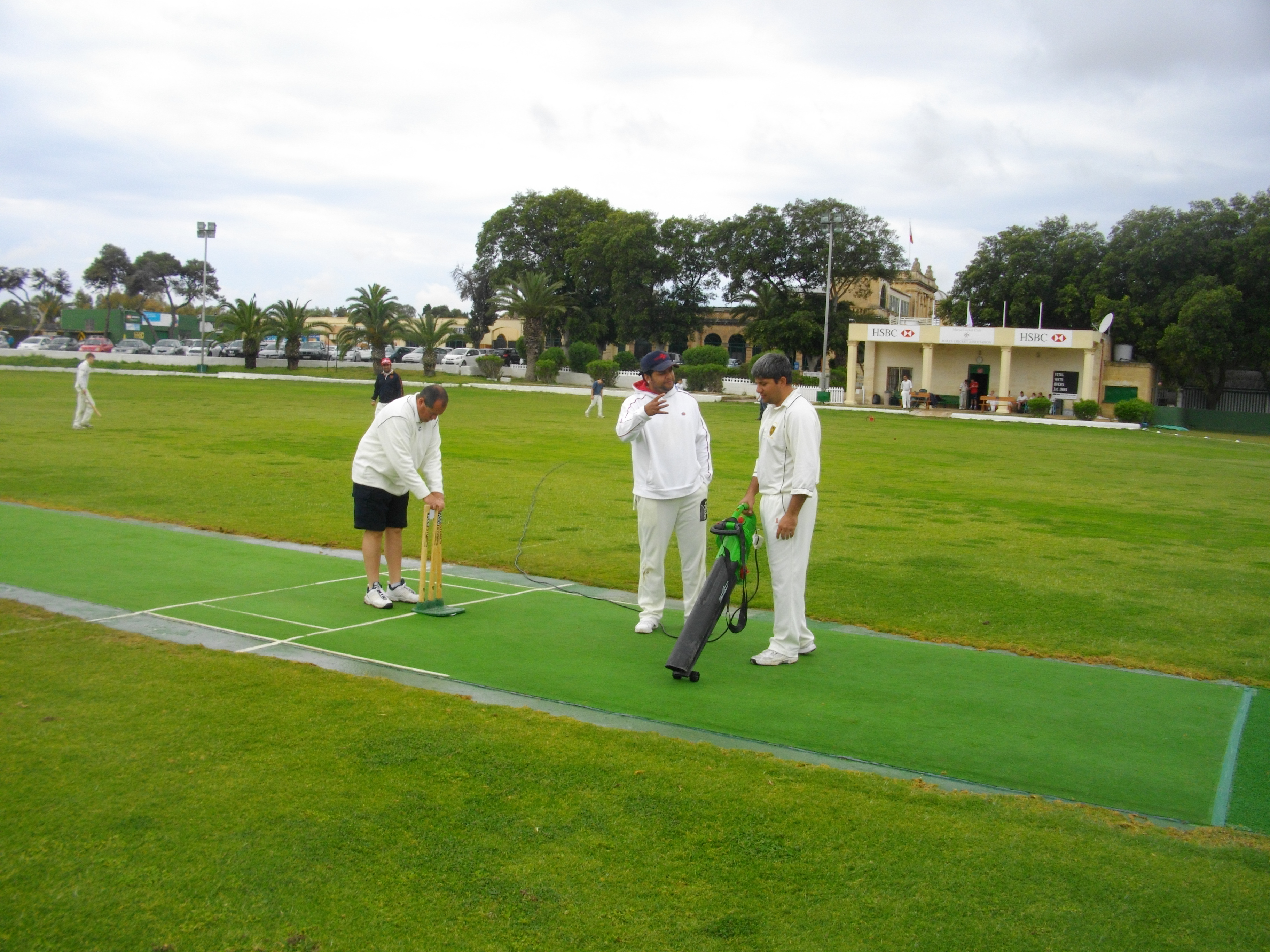 Conversation wasn’t particularly forthcoming in the changing-rooms, and it was suggested by some players that the illness that affected Nemanja Mallinson the previous day was spreading – concern is that we are witnessing an epidemic of Cisk-itis. This was particularly apparent in the case of Billy, who almost took a 10 euro fine for suggesting that he may be best dropping down the batting order to try and recover. 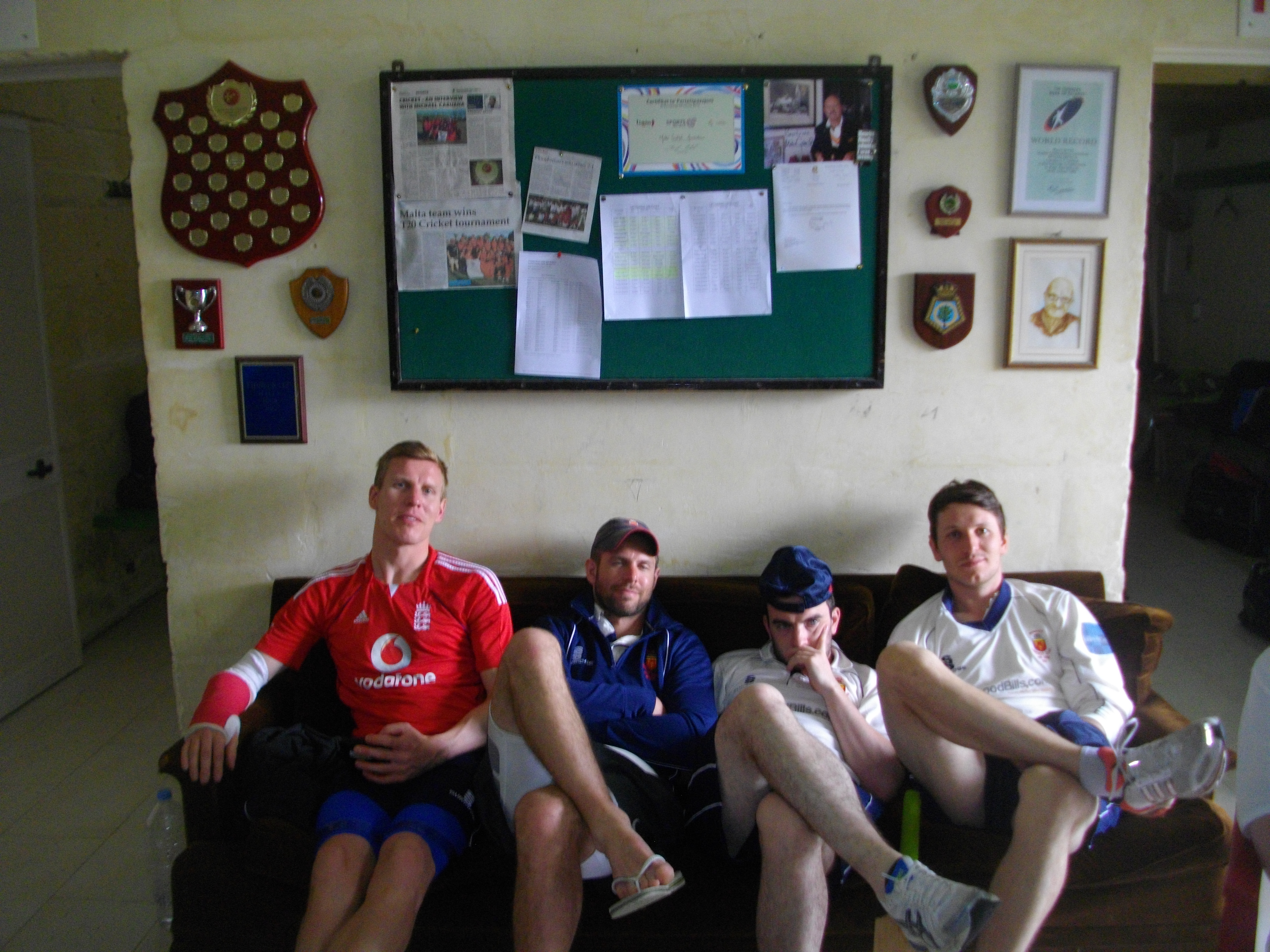 Romiley batted first and made 165 all out in 35 overs. It should have been more, but a combination of rash shots, losing wickets at regular intervals and decent slow bowling restricted us. A solid start from Skipper Tricky was furthered by 50 odd from Ballcock as a few others chipped in. 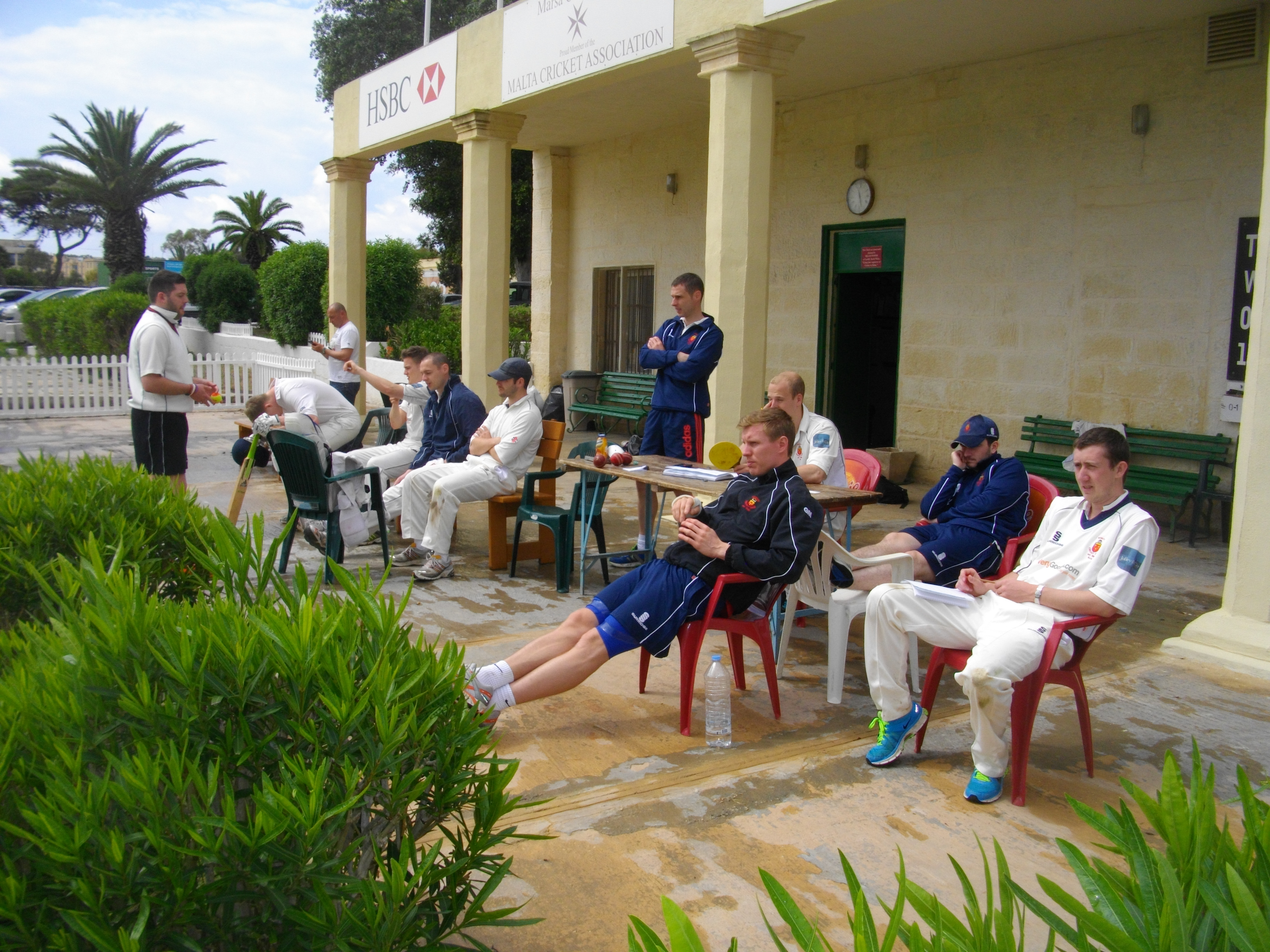 Billy’s pre-innings meal of chicken nuggets and chips (we couldn’t get a McDonald’s drive-thru on the way) was probably unwise in hindsight. There was discussion pre-match about transferring Badrock to the opposition to give them a full quota of players due to a selection mix-up, but it was decided that we didn’t want to hinder them further (although he did later field for them, diving over a ball hit straight to him). 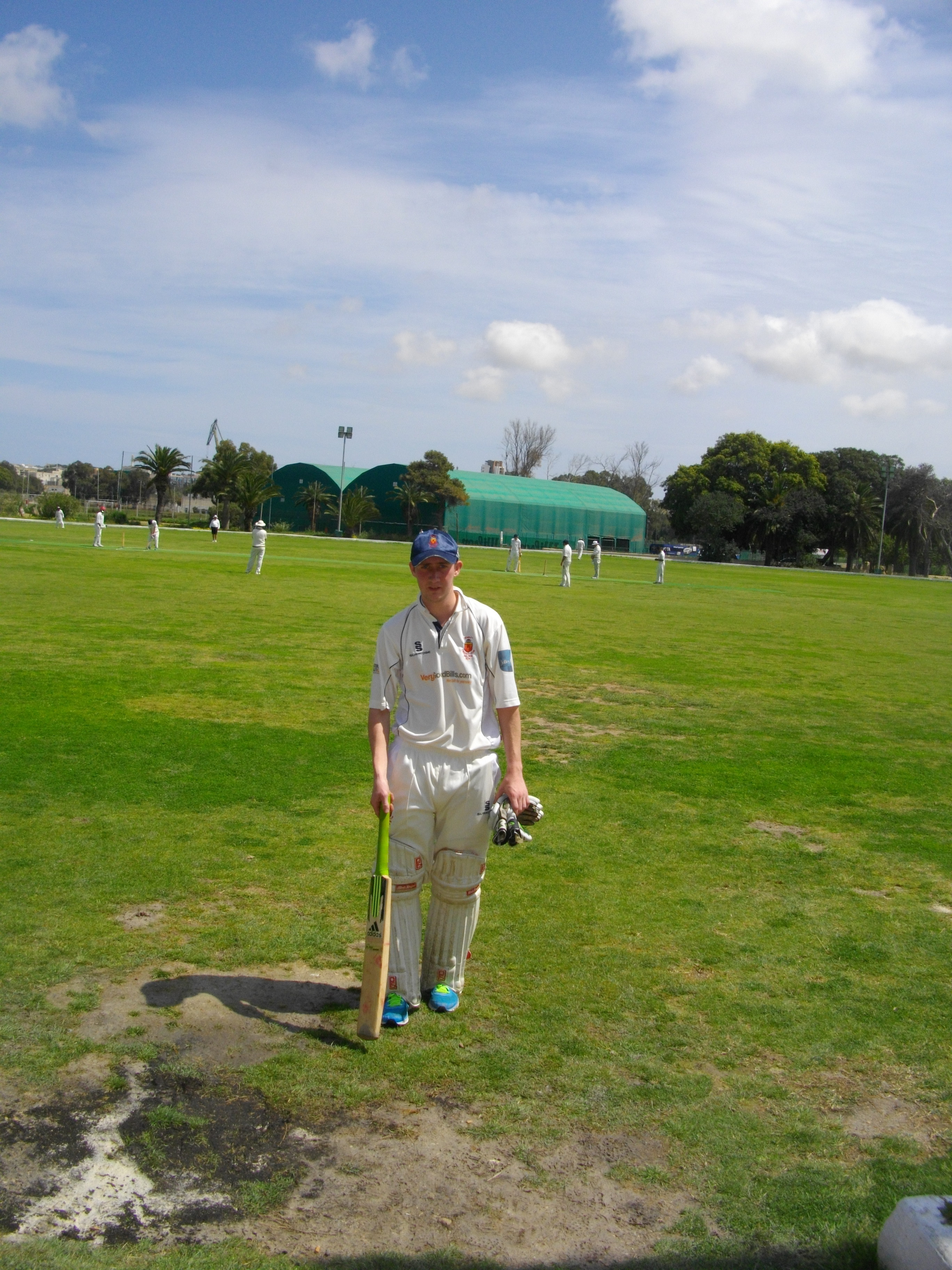 Solid overs from Flattley and Ethel got us off to a good start, with others bowling well in patches. This being the fourth game in three days in Mediterranean conditions (coupled with the outbreak of Cisk-itis) was taking its toll, and the players looked jaded in the afternoon sun which had dried out the ground. 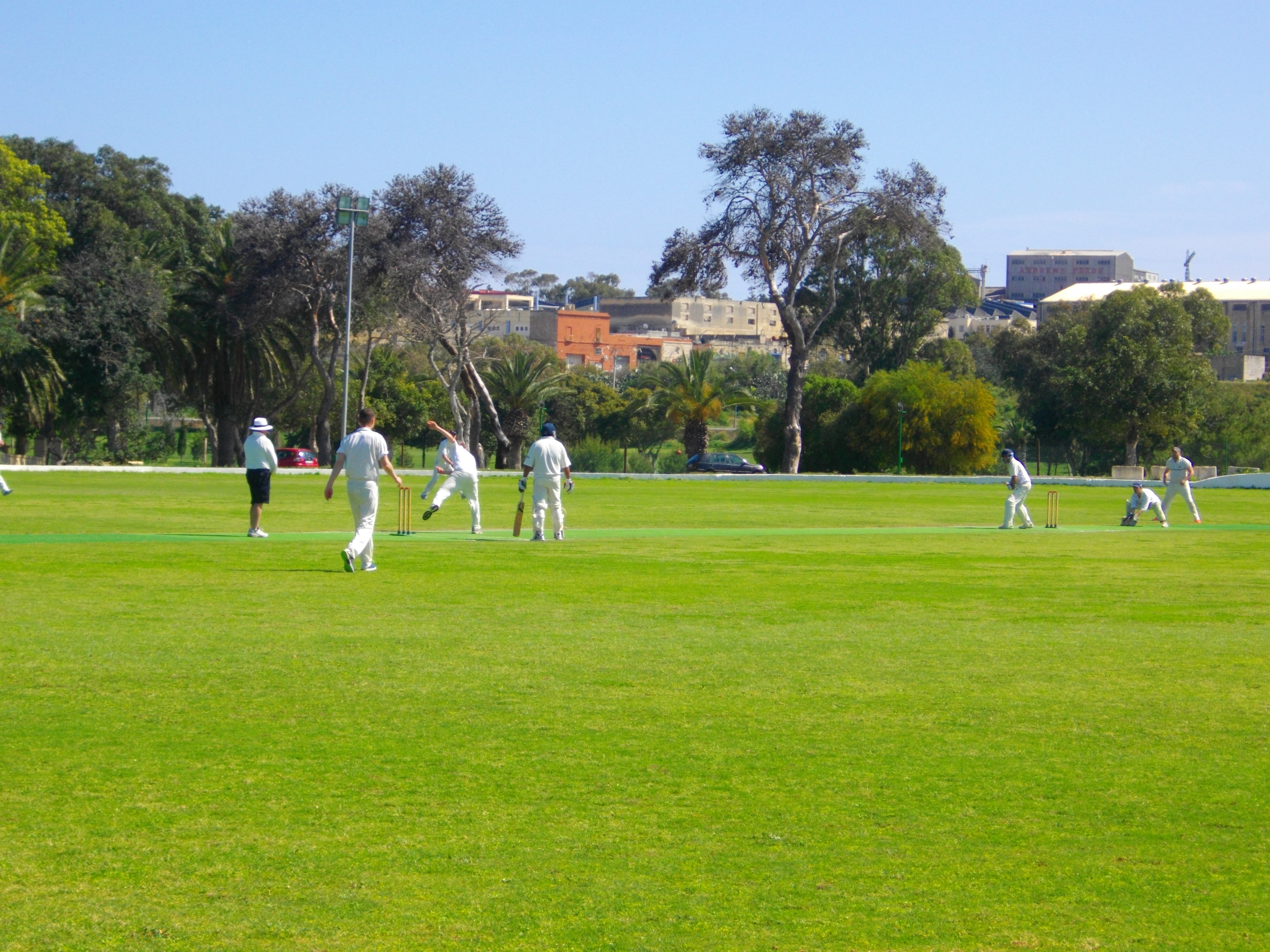 Rolpy appeared to have pulled a muscle (possibly a heart string) but the evergreen Baby D Garner looked fresh as he prowled the outfield like a cheetah on the African plains (must be due to the diet of chocolate cake and herbal tea).

Death bowling by C Booker and Ballcock (yes you are reading that correctly) nearly did the job, especially when Ethel took a catch in the deep off their MOM who scored 70-odd, with 5 balls remaining. Marsa reached their target off the last ball of the innings with 1 wicket to spare (Baby D did in fact stand in as number 11 for them as they were a man down – more to follow on this). 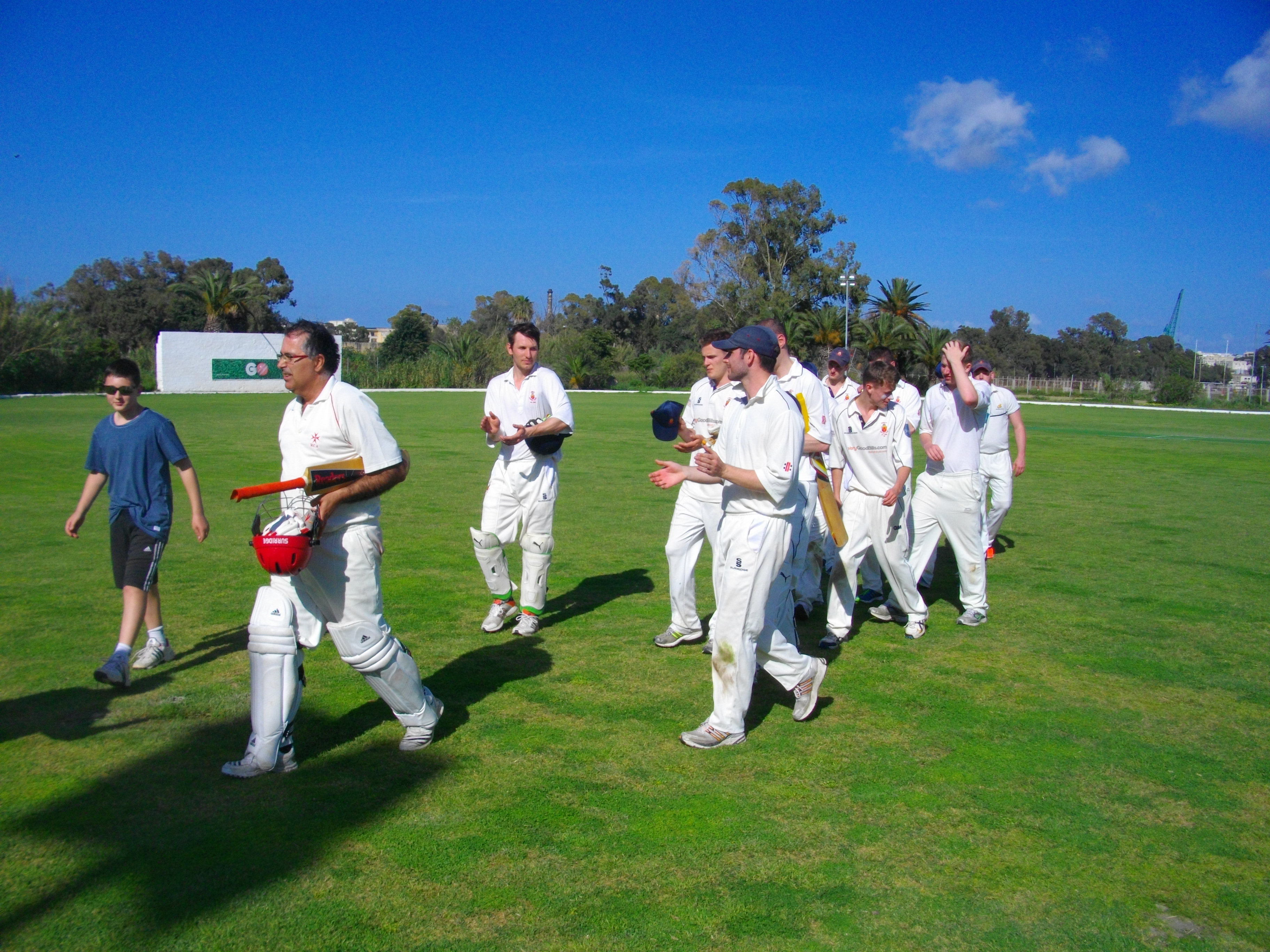 Baby Dave-ism of the day;

Not so much a Dave-ism, but in what could be a Guinness World Record, Baby actually went out to bat 3 times over the course of the day and didn’t face one ball at all (once during our innings when he thought he was in after Ethel was wrongly given out then recalled, then as number 11 in our innings, then as last man for Marsa) much to his dismay!

If anyone has Norris McWhirter’s number, please make him aware of this legend of the game that is D.I.G aka Disco Dave aka Baby D aka D.I aka Tarquin Sequin Garner.

Off to watch the final round of the Masters down the road later ahead of a well-deserved day off tomorrow.

It was briefly discussed chartering a yacht to cruise around the Med tomorrow, but this could easily turn into an Inbetweeners-esque moment when we get stuck in the harbour and have to send a distress flare up – so we probably won’t x