After an early night in front of the TV the group were up early to visit the capital of culture, Valetta. Much quicker when you don’t have fruit to clean off the walls!

Lead by the king of culture himself Pedro. 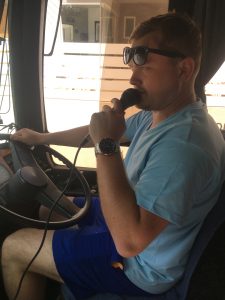 The boys enjoyed the Triton Fountains, The Grand Harbour and The European Parliament Offices. 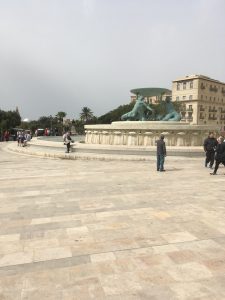 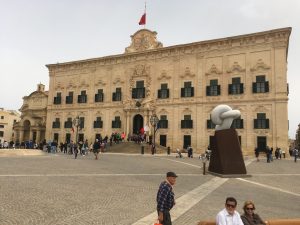 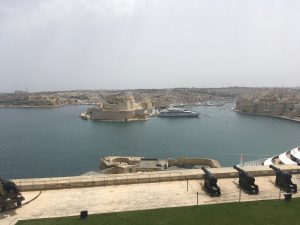 Before heading for a cultural coffee in front of the cathedral. 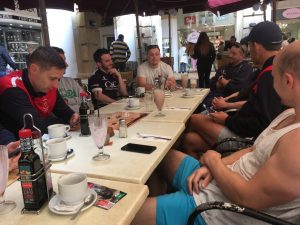 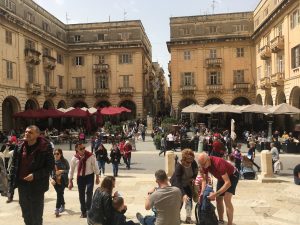 Serenaded with classics from the musicals on clarinet, culture levels were at an all time high. Until the cafe served up the worst cheese and ham toasties since David Bedrock ventured in to a kitchen university, significantly lowering the tone of the trip. 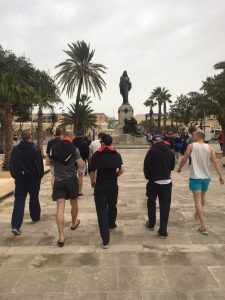 We returned back to ready ourselves for todays T20 against Pocklington School.

A 4pm start meant a 2:45 taxi and we were able to watch the end of the inter school game Harrow. Finishing with 5 wickets falling with only 8 to win, great entertainment was provided before we tossed up ready too start.

Pedro lost the toss and we were sent to the field to bowl first. 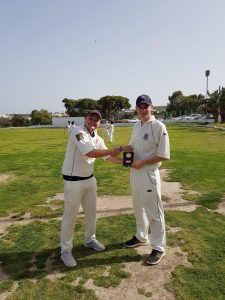 Not knowing what the standard of the opposition would be, Pedro opened with himself taking an wicket in the first over. I was soon established that Pocklinton were a young side and struggled to hit the boundary (except when Tricky bowled).

They made 109 before Jonny and Bailey took to the field. Bailey making a good 19 before being caught. Jonny and Tricky were retired on 25 (including a huge 6 down the ground from Jonny) and Robbo finished the job with the assistance of Bash and Hoots. Skipper Pedro pulling Hoots from the field on 6 to replace him with this mini me Paul to let him hit the winning runs adding to his 4 wickets and claiming man of the match.

The tour squad picture was taken, 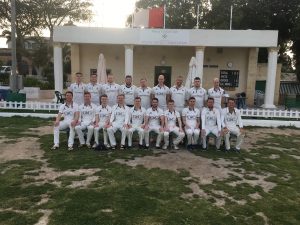 and we were soon in the Marsa bar for a last drink before heading back to the Villla. 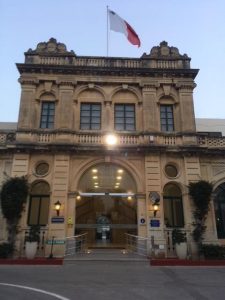 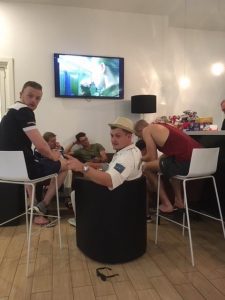 Where Chef Joseph had left lasagne ready and waiting for us. The last fines meeting was held and tour awards were presented. 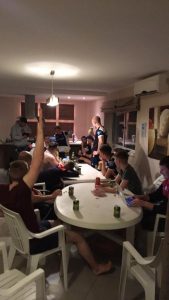 With tonight being the last night we are all out in Paceville dressed as footballers. James is the referee with cards and whistle at the ready he will issue penalties as he sees fit and of caurse Pedro is the manager.

The taxi is booked to take us to the airport at 8:45am so I’m not sure a lot of sleep will be had…