It will be no surprise that the first visit to Paceville went down a storm. We returned to the birth place of Tequila Rosa. 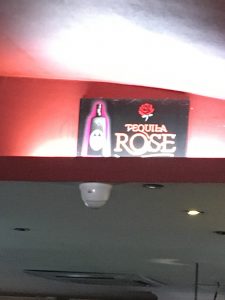 The full squad were in fine form …

Strong performances came from all members of the self proclaimed ‘Yoth Squad’.

Followed by Ralph and P2 bringing the house down with there rendition of Angels in an attempt to woo the local pride. 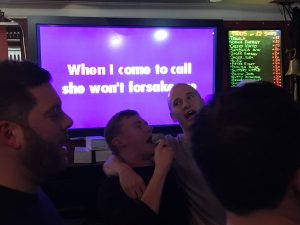 With 12 shots for €15 the evening quickly descended in to a competition around a €1 breathalyser machine. The bar was set by Junior Hooton at 1.34 parts per million, scores of 4.00 by both Junior Bash and Mickey sent him straight back to the bar for a ‘proper drink’. Of note, Pedro ‘big drinker’ Stuart peaked at only 1.33, poor effort mate, better effort required.

With the karaoke smashed out of the water we moved Nordic Bar, with the yoths well oiled, Mikey & Hooton moved in on the international students loitering at the bar. 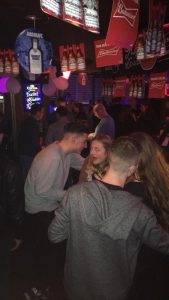 Unfortunately they only spoke German and didn’t know who Thomas Muller was so after 2 hours, mission was abandoned. They headed back for milk and bourbon cream biscuits before bed.

A late wake up, morning (luke warm) coffee at Lulu’s Cafe and the early afternoon around the pool before the first game of tour, T20 against Malta international side. 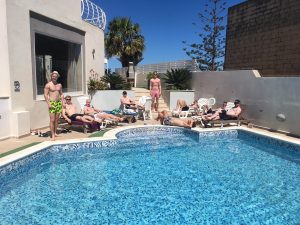 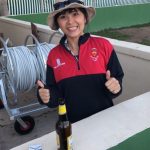 The toss was won and Bilbo Baggins, electing to bat first and selecting himself and Ralph to open the batting (C & VC). 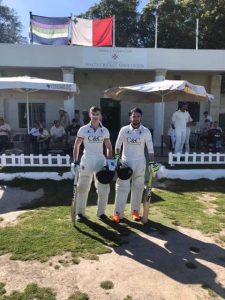 Bilbo was quickly reconsidering after being dismissed for a Diamond Duck thanks to a late NO call from partner Ralph leaving skipper Bilbo stranded half way down. This was Bilbo’s version of events… If you ask Ralph he will point out that it was his call and Bilbo just came charging down the track. In sum a truly calamatus start to our tour courtesy of our senior leadership team. 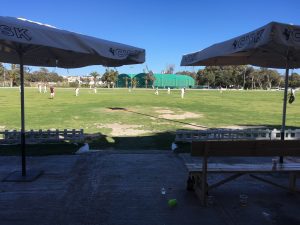 After a slow start (Ralph with only 1 from his first 9 balls) the game soon picked up. New Aussie Hamish sending numerous balls in the direction of the indoor tennis facilities. The innings ended 144-4 from 20 overs (curiously predicted by Pedro Live on Facebook in the 9th over. Burn him!). 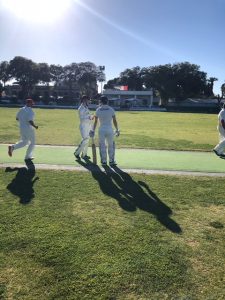 Romiley were soon back in the field and Hamish went from sender to sent, with the Maltese international side taking a liking to his off spin. Only to be topped by P1 James Badrock who was lashed for 15 off his first over. The game ended in the 19th over with Malta reaching the total of 144 with relative ease. 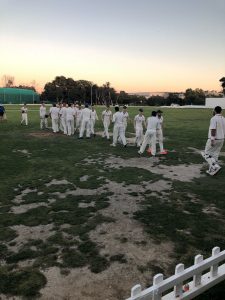 Man of the Match was given to Hamish Buzz Burrill for a tremendous 50 retired. 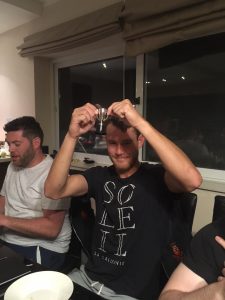 A beer in the bar after the game was followed by a taxi home and our first team dinner served by our Chef for the week Joseph. 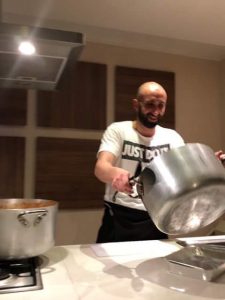 Serving up a sterling Pasta Bolognese for 19 hungry cricketers. 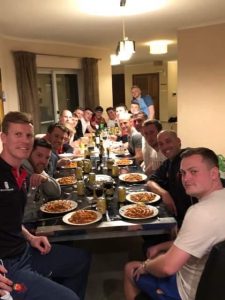 Dinner was followed by the first fines committee meeting of the tour. Fines were dished out for various cricketing inadequacies as well as a number of stupid comments. Notably, Jimmy Bash – Fined for asking if the shipwreck that is being visited tomorrow by 8 scuba diving members of the tour is in the sea?

The trip to Paceville is limited to a hardcore of 6 tonight with the rest either self diagnosing  Ciskitus or heading out for diving at 8:15 tomorrow morning.