Welcome back! After 4 years of absence Romiley CC have returned to Malta and we are excited to bring you the second instalment of THE TOUR BLOG.

Cultured pre tour drinks were had to welcome this seasons Aussie, Hamish. Followed by some not so cultured drinks in Gee Cross resulting in 2 hours sleep for most and a running start to the tour. 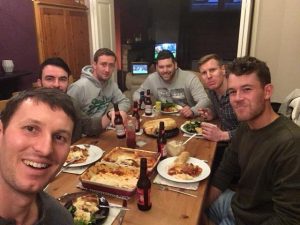 Amazingly there was only one fine for lateness, levied against Alex Razor Ruddock. Pete Pedro Stuart having to break in to his house to find him still asleep in bed at 3:30 for a 3:20 taxi. 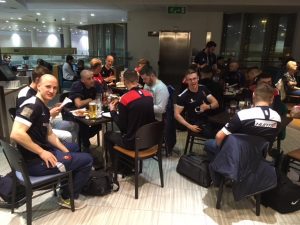 A full english was enjoyed before heading to security. Something that was never going to pass without incident. Two particular highlights were Hamish trying to convince the security guard that his speaker was not an electrical item and therefore didn’t need to be separated from other luggage when passing through the metal detector. The other was a sly dig at Tricky’s shoes coming unsuspectingly from another security guard. Simply asking ‘what are those?’. The offending shoes were later nicknamed ‘the world war two trench boots’ by skipper Bilbo, leaving Tricky to reconsider his choice of shoes and club tracksuit.

Once through security the flight went without a hitch. During which James Badrock was elected by Tour Guide Pedro to collect the cash required to pay for various activities and food during our stay. Upon landing James diligently rounded up everyone and collected their money, amounting to over 2000 Euros. After collecting our bags we  boarded the awaiting taxi, got 5 minutes down the road. The next bit doesn’t need writing as I’m sure you know whats coming. James piped up ‘has any one seen my bag??’ The offending bag was eventually found but not after 10 minutes of palpitations for Pedro. 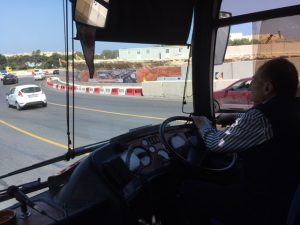 Once we arrived at Villa Diamantina, bags were dropped off and we were straight out for lunch and shopping before back to enjoy an afternoon of R&R in the tremendous facilities that Pedro has arranged. 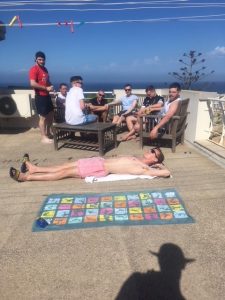 The group quickly separated in to old (cool) and young (daft). 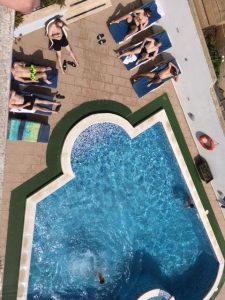 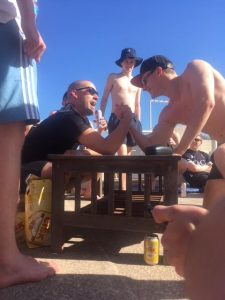 It seems that the answer to a honed and toned physique that everyone is looking for, lies in fags and booze as Barber took the title.

This was followed by a press-up off between Junior Hooton and Junior Stuart. Honours going to Mr Angry for shear bloody mindedness. 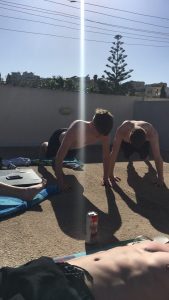 This was followed by a swift round in the games room, now nicknamed the Youth Dungeon. 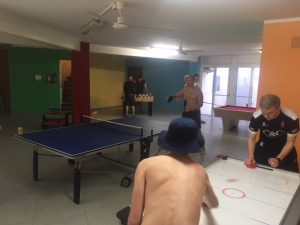 Before a BBQ courtesy of chef Barber. 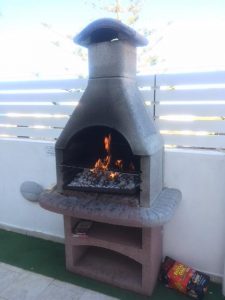 During which the Badrock twins managed to coheres a young Taiwanese neighbour over for a drink, greeting her at the door with tops off, the boys preceded with, what must by now be, a well rehursed chat of ‘can you tell who is who’ …

We’re off out for a few small Cisks.